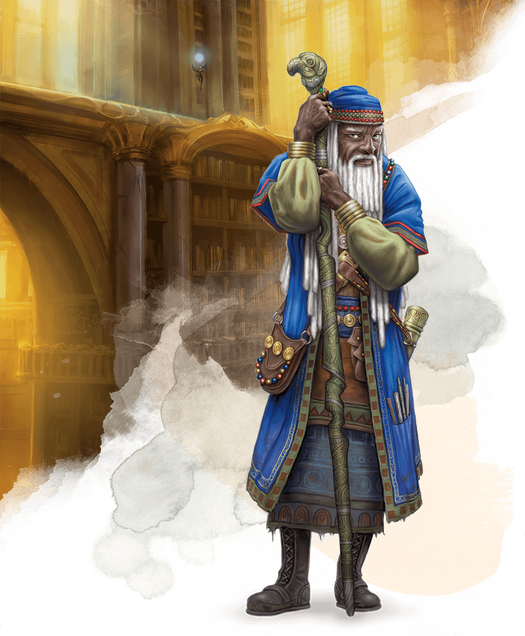 This is part of the Multiclass Series. For more base classes,
click their title to visit their post. ﻿

In Dungeons & Dragons , you can play anything from a Half-Orc Sorcerer to a Halfling Rogue. However, for some people, that isn’t enough. That’s when we get into “Multiclassing”. Basically you decide that you want to be trained in two different classes, and become something new altogether.

Here are ideas for every multiclass. Sometimes you get the same character type regardless of which one you start with, but sometimes that can change the style from a narrative standpoint.

Credit where credit is due: PeteNutButter posted an excellent “Ultimate Optimizers Multiclassing Guide” on the Giant In The Playground forums. His guide did a lot of groundwork for this piece, as well as rank the new class-combos on a 6 point scale for how well the new class might workout in gameplay.

We won’t be going into Multiclassing rules, because you can find that yourself, but if something doesn’t make sense, ask your DM if you can just Homebrew it a little.

I also want to mention, that these are not all necessarily compatible in terms of abilities and power, these are more the narrative background to different multiclasses. Roleplay, not Roll Play.

You have spent years and years studying the magic that binds the world around you. It’s rare that you aren’t the smartest person in a room. But what is the point of studying all of this magic? Sure there are some who study, just so they can teach, ensuring that no one ever forgets the secrets. But, that’s just not who you are. You learned magic so that you could use it. Time to determine, what is worthy of your power?

You feel the tingle in your fingers. You can stop anyone you want to. But it doesn’t stop the list for pain, if anything, it amplifies it. With the power of spells and swords, no one can stop you!!

You cant learn magic, without learning the history around it. And there is something about that history that you feel like shouldn’t be reserved for you. Everyone should know about the lore of heroes and wizards before you. It’s more of a side hobby, but fun none the less.

You have learned that you can hold back Death with your magic, and you have found your purpose. So you devote your magic to a god who unlocks new magic, so you can save more people. If only you could learn why it works on top of how to do it.

People are distractions. They get in the way of your studies. You remove yourself from said distractions so you can learn in peace. Of course you are affected by your surroundings, and learn the magic of the wilds as well.

Druid – Circle of the Land

Magic wasn’t made to be practiced in towers, it was made to be used on the battlefield. From your first fireball, you knew combat was your focus. But just because you are a spellcaster, doesn’t mean you can’t hold your own when he battle gets toe-to-toe.

You feel it. The magic inside all life forms as you study the magic that binds them together. Is there a way to combine these Magic’s in ways no one else has? And as a bonus, meditation is a very effective study break.

You have all of these powers, but you aren’t sure what to do with them. Until one day you remember that this magic is a gift from the gods, and you must thank them, by fighting for their causes. You don’t bite the hand that feeds you.

This world has ancient, forgotten magic, just waiting to be discovered. Of course nature has taken back its place in the homes of these decayed civilizations. You know it’s there, it just needs to be discovered. Time to learn how to take care of yourself out of your study hall.

Wizards have no prejudice against the use of magic, except maybe necromancy. They focus purely on the study of it. So who’s to say you can’t use your spells to make a buck? It’s hard to make money from in your conservatory. So this is the fastest way, so you can get back to work.

Your magic studies grow faster than your peers. You master spells they don’t understand. They don’t realize it’s because once you started your magic, it slowly unlocked magic within yourself. Or are you really just that good?

It’s not enough. It’s not fast enough. There is magic they aren’t teaching you. They don’t trust you. But you’ll show them, you’ll get that magic, no matter what it takes.

Warlock – Pact of the tome

How do you like to Multiclass Wizard? Let us know in the comments below!