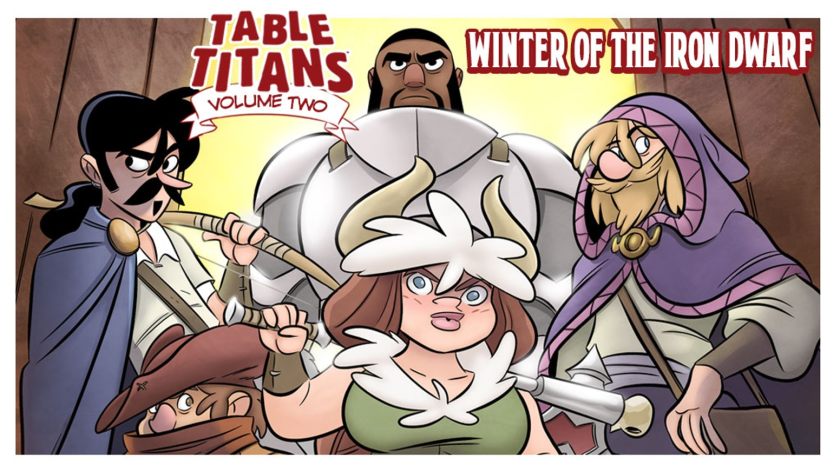 If you’re like me, you are missing sitting around the table, playing some Dungeons & Dragons, with your friends. I mean, sure, I’m playing on line, which is great that we have that ability, but it just doesn’t match the level of camaraderie you have when everyone sees that dice land on the D20, or when a player tries to flirt, and your DM has to be in character, and laughter surely ensues.

Instead, I’ve been finding myself reading a lot of D&D webcomics, because they do a really good job of showing my favorite parts of the game.

I really like this series, because it follows a table of new players, who are being led through the game by an experienced DM.

I have only two issues about this comic. The first is that, as it teaches the rules of the game pretty well, there are some house rules, as well as 4e rules, where many new players will be learning via 5e. At the end of the day, it covers the basics fantastically, and the differences are small enough that you won’t be too taken off guard if you are corrected by your DM. The other issue I have is that it didn’t last very long. You were introduced to players at the beginning of the comic, then Season 1 was about 25 pages long (on tapas.io), and there’s another four pages that you can find on his website (JamesGiffordIllustration), but then it ends.

To be fair, he has a lot of really cool art for D&D that you can use for items and characters in your game, but the comic itself hasn’t been updated in about two years.

Order of the Stick – Rich Burlew

This was my first D&D webcomic, which might be true for you as well, since it’s been going on for 2003. This is a fun, tongue-in-cheek story that breaks the fourth wall occasionally, speaks about the games rules as an excuse for behavior. However, there were also some parts of this story that inspired my own game, such as when one of the Paladins of Bahamut had to climb Mt. Celestia to reach enlightenment (#493). Honestly, if you allow yourself to get sucked into the story, you might find you get a little choked up at times. Other times you’re just laughing at the Monster in the Darkness. As of right now, there are 1,208 pages for you to catch up on.

If you find yourself a fan of the Order of the Stick comic, then you could join their forums on Giant in the Park, which is pretty active, considering the comic is still going.

This is my favorite in terms of art, and storytelling. As you can see in the page below, the story takes you back and forth from the players at the table, and the characters in the game. As there are two stories going, you start to learn about character preferences, and why the different players act the way they do in game. This comic has four seasons and a prequel, each based around it’s own adventure, and one of which is about creating a custom setting, which is really cool. You might have noticed that I’ve used the art from this comic before on my site.

On the site along with the comics, is a blog called “Tales from the Table,” where you can submit fun things that happen in your game. It’s always fun to hear short stories about different home games, which can always inspire you just as much as a comic.

Bored Panda is fun because there isn’t an overarching story, instead each page is a setup and punchline, like many traditional webcomics.

There are of course more, that I just don’t happen to read myself. However, their popularity can be seen around the web, so here are some more to check out if you’d like.

From what I can tell, this isn’t specifically about D&D, as much as it is people, who sometimes play D&D.

Like I said, there are so many Dungeons & Dragons themed webcomics out there, that I’m sure there are more that are fabulous that I haven’t even heard of.

What’s your favorite D&D webcomic? Let us know in the comments below!