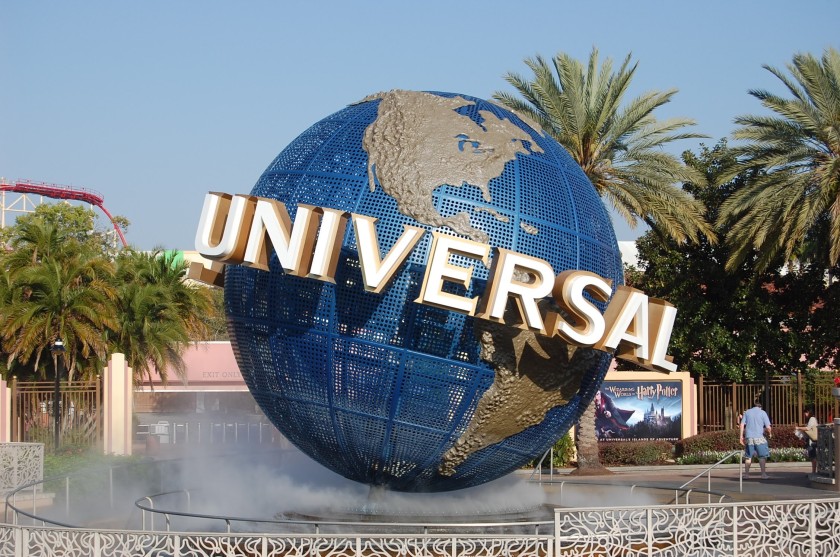 The Nerdd team (my wife and I) recently relocated to Florida, and as such, we wanted to go see some theme parks. As we looked around online, we saw guide after guide, discussing the best way, most optimal way, themed way, and more, to explore Disney World(s). However, we could hardly find any that talked about the best way to explore Universal Studios, and Islands of Adventure, even though they are both in the same town, and have similar styles of theming and amusement.

Last weekend, Chanel came up with a game plan, and we visited the parks to test her theory. We got the 2-Park Pass, because without it you cannot ride on the Hogwarts Express. Because this website is called The Nerdd, you can imagine that we prioritized more nerdy features over others, and specifically the Harry Potter areas of the parks were the most important to us.

So, without further ado, here is The Nerdd Guide to Universal Studios Orlando and Islands of Adventure.

Note: My wife and I have both received our COVID vaccines, and maintained mask usage the entire time. Also, the Universal team did fantastically at ensuring social distancing was maintained in the restaurants as well as ride lines, and actively called out anyone who wasn’t wearing their masks appropriately.

Beginning of the Day

The parks hours change often, from what we’ve seen. Not only that, but there are also tales of days when the park opens before it’s advertised time. Therefore, we suggest arriving 30 minutes before the advertised opening. This is also helpful because of the “Virtual Lines” in the park.

There are two rides between the parks that require Virtual Lines: Race Through New York Starring Jimmy Fallon, and Hagrid’s Magical Creatures Motorbike Adventure. You cannot enter the Virtual Line until your phone’s GPS registers you on property (City Walk counts). Make sure you have the right app on your phone, because you will be using it a lot today. When you open the Virtual Line, you select how many people are in your party, and select one of up to 8 time slots. It’s possible that other people are also logging in at the same time, so be prepared for it to say “That Time Slot is no longer available” and select a new one. You might even have to do this several times before one goes through. If there aren’t any times available, check again at 11am, 2pm, and 4pm, as they reopen up different times. Once you select one, it gives you a 30 minute window to arrive, so don’t worry about being too exact.

So, as you arrive at City Walk, we recommend getting on the Virtual Line for Hagrid’s for about 10:30a-12noon, whenever is available. Then, try to get on Jimmy Fallon closer to 5pm.

Now, as soon as you enter the park, immediately pull a hard right. In fact, there are gates on the right side of the ticket windows, and if you can enter through those, even better. Take that hard right and resist the temptation to explore too much, you will have time later. Continue all the way to the back of the park, where you will make it to some very Harry Potter looking set pieces. Here is the entrance to The Wizarding World of Harry Potter, though you wouldn’t know it, because it doesn’t have a large entrance sign saying so. Instead, you want to look for a little brick wall, right next to King’s Cross Station. The wall has a little hole behind it, where you will go through.

Yes, you have now entered the Harry Potter themed area of the park. If you’ve done it right, you are among the first in the day. Enjoy it. Talk a walk around and see some amazing stores. Just as it is in the movie, this whole area is a shopping center, with a restaurant (The Leaky Cauldron) and a bank (Gringotts). Take a look around, but don’t spend too much time before you get in line at “Escape from Gringotts), one of the best 4D ride at the park. You want to get on this ride quickly, because it’s the only ride in this whole area. That means not only will it get busy quickly, but it feels weird if you’ve been at a theme park for too long and haven’t been on any rides. So jump in line, but make sure to stop by a locker.

Quick note, many of the thrill rides require you to drop off a bag (if you have one) at a locker, which is always next to the line for said ride. A few of the rides will even require you to drop off your phone in that locker, so be sure to check before you get in line. I know for a fact the Incredible Hulk Coaster does, and has a metal detector to ensure you don’t get on with it. To use the lockers, keep your park ticket in your pocket, separate from the rest of your belongings. Scan the code on your ticket onto the locker, and one of the many lockers will pop out for you. Then, once you put all your belongings (BESIDES YOUR TICKET) in the locker, they will remain safe until you return for them. You simply scan your ticket again, and the same locker pops open. You cannot add to your locker. If you realize you need to add to the items in your locker, you have to remove the items from your locker, then get a new locker with the things you missed the first time (probably your phone). The small lockers are free, the large ones cost $2.

Once you have gotten off that ride, you are probably hungry. It’s time for breakfast at The Leaky Cauldron. Both Harry Potter restaurants (Leaky Cauldron and the Three Broomsticks) look amazingly authentic, and serve great, hearty food. Since it’s breakfast time, you can get bacon, eggs, toast, and at lunch it’s Shephard’s Pie, Fish and Chips, all that good stuff.

Now, you’ve been on a ride, and you’re well fed. Now it’s time to explore the rest of Diagon Alley before heading off to Hogwarts. There are 12 shops here, including Ollivanders, Weasley’s Wizard Wheezes, and, if you can find it, Borgin and Burkes. Personally, I tend to window shop my first go around, and when we come back later in the day, actually buy something that I know is what I really want. The only exception to this is if you want to buy a wand at Ollivanders, because you can buy interactive wands, that will then allow you to cast spells around the Harry Potter areas.

If you can find the secret entrance, you can go find Knockturn Alley, and there you will find Borgin and Burkes, the store Harry accidentally arrived to when he failed to say Diagon Alley in Chamber of Secrets. If you can find it, you will find the Vanishing Cabinet from Half-Blood Prince, and when you do, place your hand on it’s side, and you’ll feel the bird that Malfoy has placed within.

It’s time to go to Hogwarts! That’s right, head on over to the Hogwarts Express at King’s Cross Station, and visit Platform 9 3/4. Don’t worry that you haven’t seen the rest of this park, we’ll be back.

Now you’ve made it to the Islands of Adventure, and it’s time to explore Hogsmeade, and Hogwarts. Hopefully your Virtual Line for Hagrid’s ride is approaching, and you should be able to head over to that soon, but maybe check out some more shopping. Like before, I usually window shop first, because we will be returning to this area before the end of the day. If your Virtual Line doesn’t start for a bit longer, then instead you could explore some of the other rides, like The Forbidden Journey, or Flight of the Hippogriff.

Now, you’ve seen all you want to see of the Harry Potter world. You’ve eaten some food, been on some rides, and you remember that Universal Studios has a lot more to the park. Let’s go explore that!

Next we go through Jurassic Park, Skull Island: Reign of Kong, Toon Lagoon, and you get to Marvel Super Hero Island. Explore these areas to your pleasure, go on some rides. All that fun stuff. I’m only glossing over these areas because it’s all fairly self-evident what you will want to do, and what you might just want to walk through. The biggest thing I want to say, is that you do not want to miss The Incredible Hulk Coaster at Marvel Super Hero Island. Out of all the rides I went on, that was by far the most thrilling of them all. It was amazing. Again though, make sure to leave your phone in the locker, because they will MAKE SURE you don’t have it on you. Besides, you go upside down like, seven times, and you don’t want to lose your phone.

We keep exploring the Port of Entry, Seuss Landing, and The Lost Continent, before we finally make it back to Hogsmeade. Again, these areas will have things that might appeal to you, might not. Explore it at your leisure. Use the app to check wait times on different rides, see what’s nearby. You can even set alerts on your phone if you want to be told when certain rides wait times have dropped below a certain timeline. Don’t just go in order, it’s okay to jump back and forth a little bit. Just don’t go from one end of the park to another, because it does take time and energy to walk back and forth.

It’s now time to head back onto the Hogwarts Express, and go back to Diagon Alley, and the Universal Studios park. The ride back is different from the ride there, also it adds to the “going to Hogwarts” feeling, when you leave again. Of course, if you did some window shopping before, now is the time to make your purchases, now that you’ve seen what there is to offer, and how much they cost. Your budget is just as important as your time, on the list of things you don’t want to lose track of.

As you return, head back the way you came this morning, going through the World Expo and Springfield, Woody Woodpecker’s KidZone and Hollywood, before making it back to the gates. Don’t leave yet! Walk down the main walkway that you missed this morning, and now that the crowds are gone, some having left the park entirely by now, you can explore things a bit more freely. Not only that, but it’s getting close to sunset, if it isn’t already, and there is neon and bright lights all over. Enjoy Production Central, New York, and San Francisco to finish out your night, before leaving.

The pictures above aren’t from our trip, because we get distracted enjoying the parks, and are bad at actually taking pictures. If you’re interested, below are all the pictures from this recent trip.

What’s your tip for the Universal Parks? Let us know in the comments below!