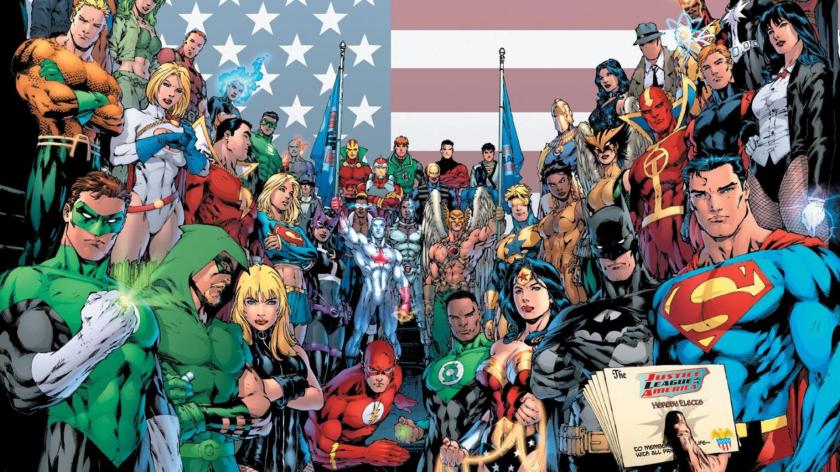 DC Comics has been the longest standing comic book production company in the nation. Since the day they opened their doors in 1939, they have continued to produce content that has shaped the nation and the lives of readers for nearly a century now. The comic book genre as a whole owes a lot to the work that has been done by DC comics. This post will be a consolidated history of the comic book juggernaut that is DC comics.

A business entrepreneur by the name of Malcolm Wheeler-Nicholson opened National Allied Publications in 1934. This publication company created three working comic book titles: “New Fun: The Big Comic Magazine”, “New Comics”, and “Detective Comics”. New Comics did much for the genre, becoming a standard for the industry later during the Golden Age of Comics. New Comics would soon become Adventure Comics which featured the likes of Jerry Siegel and Joe Shuster, the future creators of Superman. By the time Detective Comics rolled around, Wheeler-Nicholson formed Detective Comics Inc. with his partner Harry Donenfeld. With growing fame and the creation of a character called Batman on the 27th issue, Detective Comics Inc. launched a fourth title called Action Comics featuring Siegel and Shuster’s character: Superman. Realizing the popularity of so called “superheroes,” National Allied Publications merged with Detective Comics Inc. forming National Comics Publications in 1946 in order to capitalize on this growing trend.

The Golden Age of Comics

From 1940 to 1950, National Comics Publications would undergo much corporate and business changes including a name change to National Periodical Publications. Although they were officially called “National Comics” or “National Periodical Publications” readers would know their stories as “DC Comics” which was the brand on the comics, long before they actually adopted the name officially. DC comics faced many blatant rip-offs of their heroes such as Fox Comics’ Wonder Man, and Fawcett Comics’ Captain Marvel, which involved a lawsuit between the warring companies. Later DC would buy the rights to Captain Marvel (a.k.a. Shazam!), and afterwords he would appear in the first live action movie based on a superhero in 1941. In the late ’40s, the popularity of superheroes began to fade, so the company focused on stories based around Westerns, Romance, and Science Fiction. DC also published crime and horror novels, which were fairly tame, awarding them protection from the backlash spurred by other graphic comics at the time. Despite all this, Action Comics and Detective Comics still continued to run successfully.

The Silver Age of Comics

During the mid 1950s, DC began to revamp old characters who had fallen out of favor within the public. Classic characters like The Flash and Green Lantern would be ones to receive a new origin and name in order to popularize the characters more. Heroes like Batman, Superman, and Wonder Woman didn’t receive new origins but were reexamined and modernized to fit in with a new era of comics. Characters began to cross-over, creating a shared continuity bolstering sales.  When the relaunched heroes came around heralding the Silver Age of comics, the Justice League was created in 1960 featuring the greatest of heroes that the company had to offer. Fans called this continuity the “DC Universe” and characters poured in. Expansions were made on the Bat-Family, relatives of Superman, and many of their other existing characters with sidekicks and side characters galore.  Later, DC’s popularity would spike with the creation of the Batman TV show in 1966 starring Adam West as Batman. With a lightened tone and a campy premise, the show did wonders for the public appeal of these heroes.

The Bronze Age of Comics

With the end of the Silver Age came the end of the fantastical and the beginning of the more realistic approach to comics. National Periodical was bought out by Kinney National Company which later became Warner Bros. It was at this time that National Periodicals officially became known as DC comics. Throughout the ’70s and ’80s, DC would make a series of successes and failures. A Wonder Woman TV show aired from 1975-1979, being called “respectable but not exactly wondrous”. The first Superman movie was released in 1978 and was met with great success, and had multiple sequels spanning over the years. Over in the comic book world DC wasn’t doing as well. Publishers tried expanding the story pages and length of the comics which they called the “DC Explosion”. It wasn’t successful and they had to fire many employees, so this event was later known as the “DC Implosion” and stories were cut back to what they used to be. Rival comic book company, Marvel Comics, was also gaining speed and pulling large amounts of audiences away from DC with teams of heroes like The Avengers and the X-Men. However, with small successes like The New Teen Titans, garnering respect and readers from X-Men comics, DC maintained enough of a foothold with their comics and movies to stay viable into the next decade.

The Modern Age of Comics

The Modern Age started around the mid to late ’80s and went on to the 2000s. Due to the success of the Teen Titans revamp. DC streamlined it’s universe with Crisis On Infinite Earths and refined their characters. This was also the time when DC had a revolution of dark and psychological comics with the release of Alan Moore‘s Swamp Thing, and Watchmen; and then with the release of The Dark Knight Returns by Frank Miller. This later led to the DC imprint comic line called Vertigo. With this praise for the anti-hero, DC gained much interest from the public. This dark and gritty tone shift drew the eyes of British freelance writers like Neil Gaiman and Grant Morrison. In 1989, Tim Burton had a crack at the Batman and made two successful movies which were wildly popular among audiences. As the world moved into the ’90s there was an initial comic book boom due to mad comic book speculation and many sales occurring largely because Marvel had many creators who were consistently knocking titles out of the park. X-Men, Spider-Man, and X-Force had characters, stories, and art that DC was having a hard time competing with.  DC simply didn’t have enough talented writers and artists consistently putting out content.

Due to the massive speculation and purchasing of comics in order to make a lucrative dollar, and the imminent realization that that would never happen, the comic book industry saw a major slump in the mid ’90s. Marvel, DC, and Image comics were all affected negatively. DC tried to make a resurgence with The Death Of Superman, Batman: Knightfall, and Emerald Twilight, which saw Superman dead, Batman’s back broken, and Green Lantern as the villain of the comic. Though initially successful, most readers were still unimpressed. Tim Burton’s Batman universe was given to Joel Schumacher who essentially killed the Batman movie franchise for the next decade. DC branched out by creating many other imprints and conceiving more racially diverse characters like Static Shock. They bought Wildstorm Productions from Jim Lee who was previously at Image Comics which garnered some success considering Jim Lee was a superstar artist prior to this. They then released The League of Extraordinary Gentleman, Tom Strong, and Promethea under the banner America’s Best Comics. After much contempt from Alan Moore, the author of said books, they discontinued the publications.

The 2000s were met with DC grabbing whatever rights they could in order regain composure and make it back into the game. With Marvel not that far ahead, DC acquired the rights to a lot of Will Eisner’s work and tried to work from that. In 2005, Batman Begins was released to much critical acclaim. Their comics started to rise in scale and scope; upping the conflicts and the stakes creating more tense story lines. Books like Batman: Hush and Superman: Birthright were lauded for this. A limited series comic called Infinite Crisis was the culmination of these story-lines. 2005 also saw the release of the All Star comic brand, with the affecting Grant Morrison classic All-Star Superman, and the controversially insane All-Star Batman and Robin by Frank Miller. In 2008 a Batman Begins sequel was released called The Dark Knight which wowed everybody and remains to this day as one of the highest ranking films. However it was the release of 2008’s Iron Man that would kick audiences back into the comic book arena as the Marvel Cinematic Universe (MCU) started getting it’s engines rolling. Indeed the comic book world owes much to these films.

In 2011, DC comics relaunched all of their titles following the Flashpoint storyline by writer and DC president Geoff Johns. The continuity of the heroes was changed and many heroes were given new origins and new costumes. DC began to release digital versions of all of their comics making them more easily accessible. All issues of the New 52 set back each character issues to #1 starting with Justice League written by Geoff Johns and drawn by Jim Lee. The New 52 was met with mixed reactions with most people saying it lacked what made DC so special. The Dark Knight film trilogy wrapped up, and DC’s cinematic focus was shifted to a shared universe like the MCU. Man of Steel was released in 2014, followed up by Batman v. Superman: Dawn of Justice in 2016. 2016 also saw the franchise wide relaunch called Rebirth in which the heart and soul of DC was meant to be bought back after the New 52 launch. Rebirth was a critical and financial benefit to DC and has been continuing since with integrations from the Watchmen universe. In 2017, DC released Wonder Woman which was the first female led superhero movie created. Later the first Justice League movie was released with a divisive reaction from the fans. However, with releases coming soon such as Aquaman, Shazam!, and Wonder Woman 1984, audiences are anticipating success in “The Worlds of DC”.

What are some of your favorite DC comics from across the ages? Let us know in the comments below!