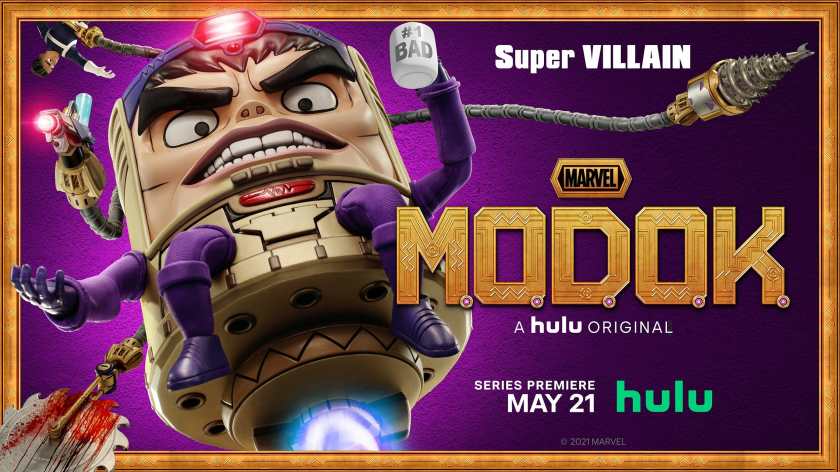 Today on Hulu, a new Marvel show is premiering. You might not have heard, because it’s not an MCU Disney+ show, but an animated adult comedy. If you want to check it out, or you have an want to know more about the character, I thought it would be fun to do a little deep dive in who M.O.D.O.K. is.

First created in late 1967 in the Tales of Suspense comics, M.O.D.O.K. was a Captain America villain, and the creators were fully intending for him to be a recurring villain.

M.O.D.O.K., or Mental Organism Designed Only for Killing, was once a human named George Tarleton, who worked for A.I.M., or Advanced Idea Mechanics. A.I.M. is a company of scientists, who create new and dangerous weapons of war, and was created as a subgroup of Hydra, itself a subgroup of the Nazi Party. M.O.D.O.C., as he was originally designed only for Computing, was simply a creation to create the Cosmic Cube, but quickly used his new hyper-intelligence to kill his creators and take over the company.

His powers, including new psychic and psionic abilities, grew his head to it’s almost obnoxious size, which then caused the need to have a flying chair in order to move around. As a powerful person, both in superpowers and leader of an evil organization, he quickly became a supervillain, primarily of Captain America.

Taking over the world has never felt farther away as the megalomaniacal super villain M.O.D.O.K. struggles to maintain control over his evil organization and his demanding family.

This show follows M.O.D.O.K., a family man/supervillain, who has recently lost control of A.I.M., and has two teenage kids.

The show has a Rockstar cast that will surely give it plenty of energy.

That’s probably not what you most know him from, but you should watch this anyway.

Are you excited for the new show? Let us know in the comments below!