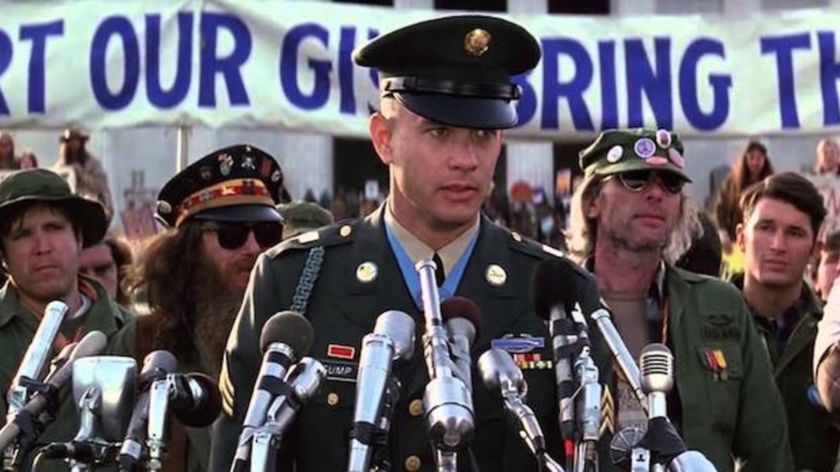 In Dungeons & Dragons, we are creating a story, a story about heroes, villains, victims, and treasure. In the center of that story, is the Party, consisting of Player Characters, who are run by the folks around the table. Your Party goes from town to town, getting into adventures, meeting interesting people, and (hopefully) making a meaningful impact on the world.

Everyone has notable moments in their backstory that pushed them to become adventurers in the first place. Perhaps your backstory includes other famous adventurers, like Drizzt Do’Urden. These backstories might include reasons behind your ability scores, like low intelligence and charisma, but high strength, with a proficiency in athletics. Maybe your party is involved in the war, or you have the Soldier background, and you were in the center of important historical events. You meet and work with different organizations, perhaps fighting against nationwide oppression. You stop massive scandals before they occur. You eventually are part of a massive diplomatic movements between countries. You inspire music to be written about you from famous bards, sung the world over. In every major moment lately, your Party has been right in the middle of it.

Oh no, your party is just Forrest Gump.

In many D&D campaigns, the party is the center of attention, and rightfully so. People play this game because they want to be the big heroes, who save the day, and are rewarded and praised. But, there is a threat, that everything in the world begins to revolve around the party. Star Wars was loved when it first came out, because we followed a small farm boy from a poor planet, who ends up becoming one of the most important people in the galaxy. One of the biggest complaints from the Sequel Trilogy, is that everything we have seen since then, has all been in the shadow of either his father, Anakin Skywalker, or his nemesis, Emperor Palpatine. The galaxy has gone from a huge place full of possibilities, to a list of places that are being affected by the actions of two people. This is what we want to avoid.

So, how do we avoid this? Well, the most straightforward option, in my opinion, is to have other adventurers in the world. The ease at which the Party can get jobs without having to explain that they are murdering mercenaries, implies the existence of other murdering mercenaries in the world. By pointing out these other groups, or Parties, shows that there is more in the world than your Party is involved in or even aware of. I love rolling on tables, so let’s get some tables!

Every time you enter a new town for the first time, flip a coin. Heads, there are other adventurers here, tails there aren’t. If there are, roll 1d3 (half 1d6) to see how many.

That’s right, there are 20 other adventuring groups in the world (that your party might interact with). This creates a nice sized list that really fills out the world, but includes that opportunity to run back into the same group twice.

If you notice, there are a lot more of the lower level than higher. This is because a lot of people might try to become adventurers for the promise of fame and fortune, but few continue it to a real professional level. Of course, this adds to how special your party is if they do continue to reach high levels. However, that means that other NPCs (innkeeps and blacksmiths) might not take your party seriously. This is the third group they’ve seen this month, asking for secrets and special weapons, why would anyone assume these guys are anything special? Then, when the party proves themselves, they get to prove that they ARE something special, and DO deserve attention and trust.

If you meet another party that is at your level, perhaps they can become a rival group, which brings a fun level of competition for your party. If they are a higher level, then they can be an invaluable resource of help and advice, or demeaning jerks that insult your party, which will make success even sweeter. If it’s a lower level group, then they can look up to your party, making you feel like heroes, and you could even hire them out to do a more monotonous or easy part of your quest, like tracking someone down, or escorting a saved victim back to town.

Now we have to figure out what they are doing here. Again, if they are the same level, then perhaps they are here for the same adventure your party is on, and they are trying to save the day and get the reward for themselves. Or perhaps not. Perhaps there is just more than one problem going on in town, and while you are fighting zombies in the graveyard, they are saving the blacksmith’s daughter from the nearby goblins. Completely unrelated. If you don’t know what the other groups are doing, just look at other adventure ideas you thought about running for your group, but decided not to. That adventure is still going on, but someone else is taking care of it.

Now we have a source of rumors that the party can hear, or news of other problems that have been solved, that the party can say “We know them!” It really brings another layer of realism to the world. This can also inspire you to have rumors that sound interesting, but are maybe too far away for the players to get involved in. There’s a necromancer, but he’s 3 weeks travel away? They won’t go for that, but one of these other groups will, and now the party aren’t the only heroes in the world.

When you finish this adventure, go through your list of established parties, and flip a coin. Heads, they succeeded, tails they failed, died, or just retired. Again, this shows how special your group is, for being able to continue. If the other party died, then the job they were on is still available, but now the reward is greater, as it has proved to be more difficult than originally assumed. Will you find their bodies along the way, or are they trapped, and you can save them? If they failed, did the villain of that story win? If Kalarel the Vile wasn’t stopped before he completed the ritual to Orcus, maybe now the town of Winterhaven is completely overrun with undead, and the nearby towns are now in danger as well.

What happens if you get to a town, and you find the same group again? That’s great! Now you can share stories, work together, or add drama as they are now getting in your way. Also, you don’t always want NPCs to be right where you left them, because it makes them seem static, like video game NPCs.

If you want the world to feel like it’s growing, then have this other party also level up. If you want your party to feel special, level the others up at half the rate your party is. If they’ve run into a problem they can’t solve, that becomes a plot hook for your party. If they have accomplished things, maybe found a new member, or someone found love and left the adventuring life, then it adds a flavor that the world isn’t the same thing ad infinitum, that there are entire lives within this world. Maybe even one of them died of natural, non-adventure related causes, and it reminds your party that these are real (“real”) people.

Maybe if the party took on a quest, and either ignored it, or took to long to get around to it, one of these other parties completed the job. Again, we don’t want the world to feel like a video game, we want it to feel like a real, living, moving world.

These other parties aren’t the only way to make the world seem bigger than the PCs, but it is a mechanical way that gives you a framework, and has greater returns the longer you use it.

How do you make the world bigger than just the PCs? Let me know in the comments below!