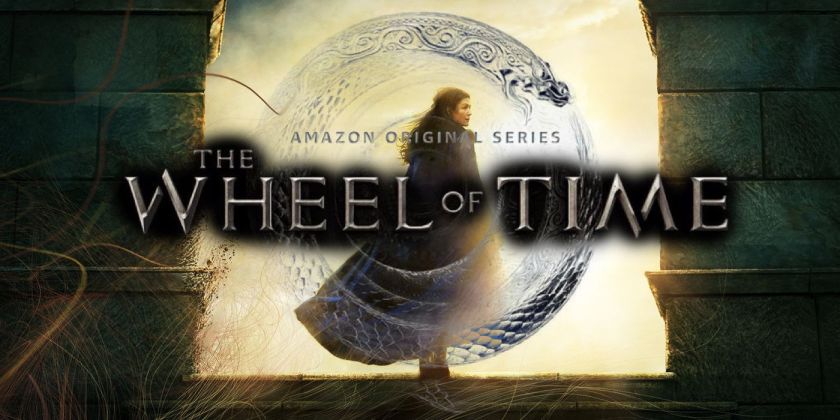 I’ve heard a lot about the Wheel of Time from my literary nerdd friends, and there’s a new show coming out on November 19, but I know nothing about this High Fantasy series. So, I’m going to learn about it, and note my findings here.

First, the trailer for the show!

So far, I’m getting an Aretuza vibe from The Witcher, with a little bit of Game of Thrones thrown in (note, Wheel of Time was published in 1990, The Witcher was from 1986 (short stories) and 1994 (novels), and Game of Thrones is from 1991). A formal, maybe noble, order of magic users, that are holding back the rise of an evil army, and monsters.

The premise, according to Wikipedia:

The Wheel of Time follows Moiraine, a member of the Aes Sedai, a powerful organization of women who can use magic. She takes a group of five young people on a journey around the world, believing one of them might be the reincarnation of the Dragon, a powerful individual prophesied to either save the world or destroy it.[1][2]

Now it’s Aretuza with the Bene Gesserit from Dune.

Let’s see, the Aes Sedai are women who can channel the One Power.

What is the One Power?

It can be seen as a source, quite literally, of energy capable of manipulating the universe, which prolongs the lives of its users by a factor of ten or even more, depending on individual strength.

So who is the Dragon?

The Dragon is a soul, reincarnated over and over, to be a (male) champion of the Light to fight against the Dark One. So official magical woman has to find who is to be the next prophesized hero in the fight against darkness.

Where does the name Wheel of Time come from?

Well, there is a belief that history is completely cyclical, and the same fight between the Light and Darkness will happen again and again. The two sides of magic, always working against each other, is what moves the wheel, which then uses lives as thread, to weave history. It’s a big metaphor.

So why is this story so popular? It seems like it’s just a standard “Chosen One Uses Magic to Fight Against Darkness” story. Super basic.

Part of it seems to be the extensive worldbuilding, in a very Tolkein way, there were things designed about the world that weren’t brought up in the text, but it creates a consistency that is felt throughout the story.

The story is also not grossly patriarchal, as there are a number of strong female characters throughout, who are more than the Mother/Lover/Shieldmaiden tropes that fantasy seems to stick to.

And finally, it seems that the Magic System is complex Hard Magic, which means there are strict rules that are easy to follow and understand. Brandon Sanderson, creator of the Three Rules of Magic, finished the story after Robert Jordan’s death, and as such there is a strong belief that Magic should almost be treated like a science in the world.

So with that I think I know enough about The Wheel of Time that I could start watching the show and have a base level of understanding of what’s going on. Interestingly, a second season has already been approved, even though the show hasn’t started airing yet. It really seems like Game of Thrones might have broken the dam on fantasy shows, with The Witcher, Lord of the Rings, Dark Carnival, Shadow and Bone, The Shannara Chronicles, and more.

What is your favorite part of The Wheel of Time? Let me know in the comments below!