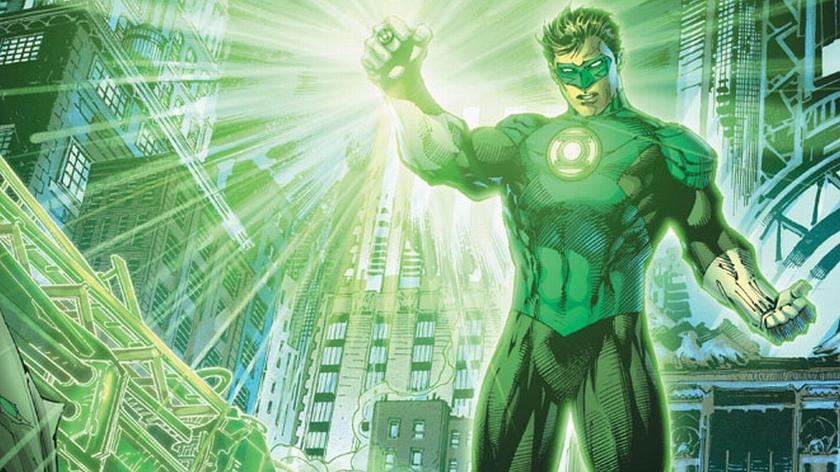 The DC Universe contains so many cosmic, magical, and godlike beings that are constantly battling one another. In history people have always been utilizing whatever tools they can obtain in order to gain the edge over their enemies. When it comes to these ultra powered beings, they aren’t all that different. Not all of them are just punches and kicks. Sometimes what really makes you super powerful is the arsenal at your disposal, and the DC Universe has no shortage of ridiculously powerful weapons. Lets take a look at some of the most powerful weapons in the DC Universe and how they might stack up against their foes. If your looking to also compare these weapons with those in the Marvel Universe hop over here to view those as well.

When a god wants to kill another god you gotta use an incredibly powerful magical weapon in order for that task to be completed, especially if your a mere mortal mercenary hired by Hephaestus to kill a titan. Deathstroke was contacted by the god of metalworking to kill a rival titan. In order for the contract to be fulfilled Hephaestus forged a sword called the God Killer. The sword can alter it’s size, shape, and weight; making it transformable into a staff, two swords, or even a whip. The weapon can absorb energy and redirect it two fold. It can also unleash power waves of epic proportions. When in the hands of a skilled swordsman and killer this sword can kill literally anything.

Hawkman and Hawkgirl are some of the strongest powerhouses in the DC Universe. This is due in large part because of the Nth metal maces that they wield. A weapon forged with Nth Metal grants the wielder of the tool with a multitude of attributes, including a healing factor, gravity negation, immunity to magic, increased strength, and increased speed. If Nth Metal is bonded to the user it can take the form of any type of weapon and will move to shield the user from any attack. In some cases Nth Metal can enable time travel and inter-dimensional travel. Also, they are pretty unbreakable and are really good for bashing somebody’s head in. Nth Metal is kind of a catch all material that makes for some pretty interesting, albeit over-powered, characters.

A Mother Box is the signature tool of the citizens of New Genesis, home to some of the New Gods. A Mother Box is a brick sized device that many denizens of New Genesis have. It can create Boom Tubes which allow for teleportation across the galaxy. Mother Boxes grant telepathy, sonic powers, flight, technokenesis, and energy manipulation. A Mother Box can connect with all manner of technology, organisms, and non-electric machinery. A Mother Box, for unknown reasons, bonds with it’s user, manipulates the life force of it’s user to heal them in distress, and will self destruct out of loyalty when it’s owner dies. Kind of like a smart phone for New Gods. A smart phone that can really do some damage. As seen in Justice League.

Among the many super powered humans known as Starman and Stargirl, they have always had a Cosmic rod or staff in some form. Created by Ted Knight, the first Starman, it existed first as a Gravity Rod. When his son David was killed, which forced his other son Jack to take the mantle of Starman, the Gravity Rod was improved to become the Cosmic Staff. It draws upon the power of the stars in order to create energy beams, intense heat waves, slight telekinetic ability, create force fields, radiation detection, and the user can use it to fly. It later found it’s way into the hands of Courtney Whitmore, a.k.a. Stargirl; who currently wields this powerful technological construct. It’s an elegant piece of tech, and can dole out pure power for good or evil.

Shamelessly taking inspiration from Marvel’s Hulkbuster Armor, the Justice Buster is a suit of armor created by Bruce Wayne if he ever needed to fight the entire Justice League at once. With Batman inside, it is one of the most dangerous pieces of man-made hardware to be created in the DC Universe. The knuckles of each gauntlet are outfitted with miniature red dwarf stars for punching Superman; neurotoxin spray to neutralize human enemies, precision ice slick and punches for any hyper-speeding assailants, dehydrating foam cannons for any deadly Atlanteans, and a legendary magical artifact known as the Bind of Veils in order to deal specifically with Wonder Woman and her magical Lasso of Truth. This is one seriously complex, and huge, technological weapon which should never fall into the wrong hands.

The Trident of Neptune

The sea god Neptune wielded a powerful trident that was passed down from Atlantean generation to generation. The sole king of Atlantis is granted this weapon as a token of his royalty. In addition to stabbing, blocking, cutting, and fishing, the Trident of Neptune allows it’s master to redirect entire ocean currents, call lightning down, alter organic matter, and it’s magical enchantments grant it the ability to rend even the skin of Darkseid and Superman. Not only that, but whoever holds this artifact has complete control over Atlantean people and their kingdoms machines and armies.

The Lasso of Truth

The Lasso of Truth, like the God Killer, was also forged by Hephaestus. It’s the signature tool of Wonder Woman and can be used to compel anybody it is wrapped around to tell the truth. It can extend to any length, it is immune to most magic, and can even slightly hypnotize someone. It can connect the heart and mind of it’s user to their allies, allowing for telepathic communication. The lasso can ensnare gods and they cannot be freed. The user can locate anybody that they share an emotional connection with by using the power of the Lasso, and can cure poison, toxins, and mind control. In addition to all of this, the Lasso can translate foreign languages allowing the user to understand those the Lasso affects. It also works for grabbing things at a distance or wrangling livestock.

The Sword of Superman

Probably the most powerful thing on this list, but only if you’re Superman (and maybe of the House of El). It was a sword forged directly after the big bang; it’s massive and somewhat sentient. For reasons known only to ’70s Superman comic book lunacy, it bears the symbol of the House of El. When Superman wields this sword, he becomes omniscient and omnipotent. It pretty much makes him more of a god than he already was at the time this weapon was introduced. Being the upstanding citizen of the universe that Kal-el is, upon finding this sword and realizing the power it gave him, he hurled it into space. Lets just hope nobody related turns evil and goes looking for it I guess.

Often dubbed the most powerful piece of technology in the galaxy, the Lantern Rings are standard issue for a member of one of the intergalactic corps of the light spectrums. From Red Lanterns, to Green Lanterns, to White Lanterns, these rings can do a plethora of things. Each ring gifts is user with the power of flight, increased strength and durability, ability to create light constructs, and the power to exist in space. Each ring has a different power depending on the color.

One of the most all-knowing beings in the DC Universe is the New God Metron. Metron is famous for sitting on a big glowing and floating throne that gives him complete knowledge of all things past and present. What does he do with it? Generally he just observes, and maybe aids in a massive war against Darkseid and Mobius the Anti-Monitor (who coincidentally is the previous owner of the Mobius Chair for which it recieved it’s name). The Chair is one of the only things to control a Mother Box, it can create tractor beams capable of moving around planets and nigh-impenetrable force fields. Pretty powerful stuff, especially when Batman has a sit down on it and learns about who the Joker really is, and then becomes more jaded and paranoid than ever.

The Anti-Life Equation is the long sought after weapon of Darkseid, Lord of Apokolips. It is a mathematical equation that transcends all other forms of reality. Whoever has this complex equation implanted to them can dominate the will and minds of any living sentient being. It causes those that it is forced upon to give up all hope and give into despair because it implants the mathematical certainty of utter hopelessness and will destroy anybody’s will to live. Not only that, but it has reality altering capabilities and will grant the user immortality. It asserts that will and freedom are fake, and was originally split up into the minds of all humans. Darkseid is the only being to complete the formula and enforce it. It’s pretty overpowered and has undergone some serious nerfing (verb: to reduce the power of) after Flashpoint. But it just goes to show that the most powerful weapon isn’t anything tangible or something you can hold; but the assertion that nothing matters and to just give up.

What are some of your favorite over-powered items in comics? Let us know in the comments below!