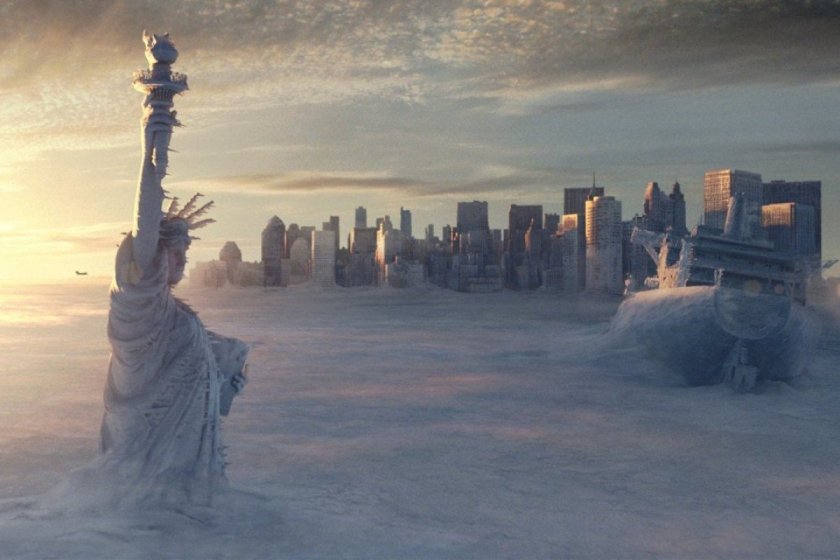 Who had “A World on Fire” for Apocalypse Bingo? That’s right, we still are working our way through various ends of the world here, with the latest being two historic heat waves. The first is set in the Northwestern region of the US, with Portland reaching 108 °F (42 °C) the highest they’ve ever reached, and at the time of this writing, it’s forecasted to break that again and reach 112 °F (44 °C) in just a few hours, and Seattle is forecast to experience triple-digit heat on three straight days for the first time on record. Then, if we look to Central and Eastern Europe, we’ll see that Moscow, Hungary, Malta, and many others have broken their June records, while Estonia and Belarus have broken their heat records for all time, and Summer just started.

Edit: Shortly after this article was written, a village in British Columbia, Canada, called Lytton, reached 121 °F (49 °C), and literally caught fire, and burned down. 90% of the village caught fire within 15 minutes, and now does not exist.

Due to this unbelievable Climate Change, I guess we can look at the apocalypse movies that deal with extreme weather. I did the same when Covid first broke out, so let’s start a trend of “Apocalypse Movies That We Are Living Through.”

The Day the Earth Caught Fire

This 1961 film tells a story about the Earth’s temperature rising to inhospitable levels. In it, the US and the Soviet Union both unknowingly tested nuclear weapons at the same time, thus tilting the Earth off it’s axis by 11 degrees, enough for the entire atmosphere to be altered, and the Earth falls out of orbit and towards the sun. Water begins to evaporate rapidly and mists cover the London setting, the government begins to ration water, and people flee to the countryside. The last attempt to fix the Earth’s orbit is to detonate a number of nuclear bombs once again, and attempt to course-correct. The film ends on an uncertain note of whether or not they succeeded.

The Book of Eli

A 2010 film, set in a post-nuclear war world, where the fallout of the war has led to major water shortages, and a complete destruction of modern civilization. A single man journeys across the landscape, in his quest to bring a special book to the West Coast, without it being stolen by a small town ruler who is focused on finding it.

The late 2000s were interesting, as many people were certain that the world was going to end in 2012, as predicted by the Mayans. This fear peaked when this 2009 movie was released, that showed how it would all happen in a painfully capitalist way. You see, a solar flare heats the Earth’s core, which causes the volcano that is Yellowstone to erupt, as well as a 10.9 earthquake in California, causing the whole of Los Angeles to break off from the state, and sink into the Atlantic Ocean. Finally, megatsunamis cause the Earth itself to flood, and the only survivors are the Billionaires of the world who secretly funded giant cruise ships to survive on, as they knew before anyone else that this danger was coming.

While this movie came out in 1995, it is set in the far off future of 2500. In it, the polar ice caps have melted, and the entire world has been flooded, and the survivors dream of land that remains dry, as they live on floating communities. With oil and dirt being highly valuable commodities, and a complete lack of government, people are willing to do terrible things to find this fabled “Dryland.”

The Midnight Sun – The Twilight Zone

I know that this isn’t a movie, but The Twilight Zone deserves a spot on this list. In ‘The Midnight Sun,’ we follow a woman who lives in New York City, and is slowly burning alive. The Earth’s orbit was inexplicably altered and sent to fall into the sun. As we meet our protagonist, it is practically midnight, and the sun is baring down on the city, with temperatures reaching 130 °F (54 °C). However, as the story comes to an end (spoiler!) we realize that this is a fever dream that our character is having, and that the Earth is actually slowly pulling away from the sun, and everyone is freezing to death.

The Day After Tomorrow

My first apocalypse movie, this 2004 movie follows a paleoclimatologist (study of historical climate) as he predicts that the world will end soon due to rising climate, and that we will return to an Ice Age. However, as he predicts it won’t be for 100-1000 years and, as such, is ignored. Unfortunately, it comes much quicker than anticipated, and occurs almost immediately. The melting of the ice caps causes the ocean water to affect the weather in such a way that we are plunged into a new ice age.

Finally, I’ve talked before about how much I love Snowpiercer, and I’m going to use this as another opportunity. In the film, the entire world has been covered in ice and snow, and the only remaining survivors are on a train that travels around the world, and uses it’s engine to stay warm. The Ice Age wasn’t a direct result of global warming, but indirect, as humanity attempted to create their own climate control of the world to slow down global warming, and accidentally froze the entire Earth. The film uses this backdrop as the story revolves around classism and Marxist revolutionaries.

What’s your favorite extreme weather movie? Let us know in the comments below!