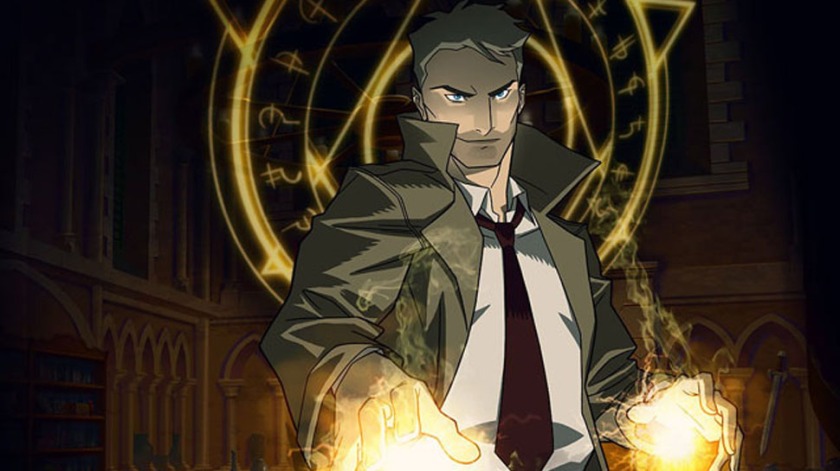 The new year has been around for only a few short days and on January 8th, CW made fans happy by releasing a list of early renewed television series that included all of their hit superhero shows as well as Supernatural. The biggest surprise that was announced was that Matt Ryan would be reprising his role as John Constantine in a CW revival of the canceled NBC series, Constantine. This is not the first time that the character has shown up on the CW. In season four of Arrow, Constantine made an appearance and helped out the characters in the fight against the mystical side of the story.

John Constantine is from the DC comics Hellblazer series. Constantine deals with the mystical, magical and paranormal, facing off against demons and other dark forces that normal superheroes are not able to face. A member of the Justice League Dark, Constantine has been featured in many television shows and movies.

In 2005, Keanu Reeves gave life to the character in the big screen adaptation titled “Constantine.” This movie was not a huge success and failed to launch a Constantine franchise. Constantine laid dormant for a little under a decade until NBC Studios decided to give the character his own weekly series starring Matt Ryan. Ryan redefined the character and understood what it took to bring Constantine to life, and he didn’t only look the part, he was able to bring Constantine’s weird quirks to the screen and keep him faithful to the source material. After 13 episodes, NBC canceled Constantine due to a high production value and mediocre ratings. Fans of the show were not pleased, some even petitioned NBC Studios with the #SaveConstantine campaign, and have been begging for more ever since.

After the fan petition failed, the CW made an announcement that Matt Ryan would reprise his role as John Constantine in a single episode of Arrow in 2015. This rallied the fans once more, and brought a new hope that maybe their hero could find a new home. The episode of Arrow made the Constantine series part of the CW Arrowverse.

Ever since that episode, fans have wondered “What has happened to Constantine?” Oliver Queen mentions him  every now and then in Arrow, but was not featured in any more stories. The CW picked up the 13 episodes of the Constantine TV series for streaming on their website and now they have announced that Constantine will be making his return, just not the way fans are expecting.

The CW will be bringing back Ryan as Constantine in a series of short animated episodes on the CW website. While this may not be what fans were wanting, this could be a good stepping stone into bringing the character around more often. Constantine is not the only animated superhero show that CW has. Vixen started out as an animated web series that later made an appearance in Arrow and then was made a series regular in the second season of Legends of Tomorrow. If Constantine does well enough, this could potentially be how he comes back to live-action television. He is now free to slip into the other CW series and help out the heroes whenever they need. Hopefully, Constantine will be around for a long time to come and this animated web series will finally bring closure to the dramatic cliffhanger of the live action, short-lived television series.

Do you watch Constantine? Let us know in the comments below!