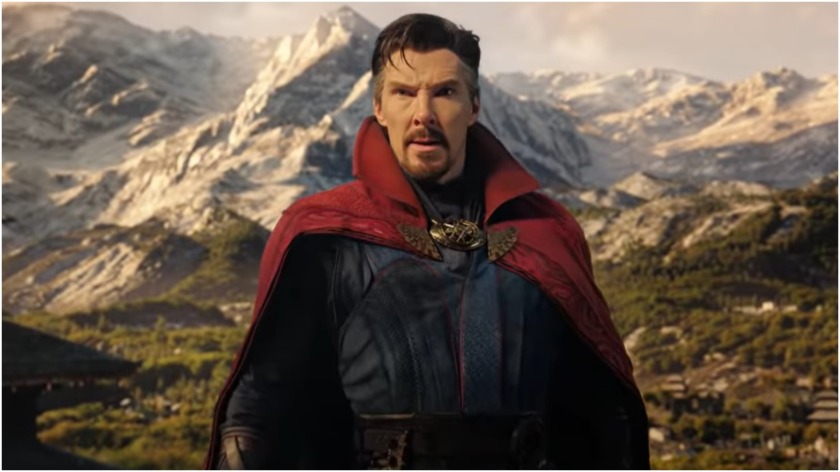 Doctor Strange is having his second movie come out next week, and as is tradition here, we are going to look at the history of the character, and how he developed over time.

Marvel, as we know, was created back in 1939, expanded during WWII (The Golden Age), and really became the comics we know today during the ’50s (The Silver Age). During this Silver Age they had an anthology comic line, called Strange Tales, wherein they would try out new ideas, between horror and monsters, to new and interesting heroes that they weren’t sure would work. It was their little playground where they could do whatever they wanted, have multiple stories in each issue, and test new ideas. From Strange Tales we get Fin Fang Foom, a prototype of the Hulk, Aunt May and Uncle Ben, the new non-android Human Torch, and Doctor Strange, later also creating Nick Fury, Adam Warlock, Gamora, Cloak and Dagger, and Morbius.

Stan Lee was a fan of a radio drama Chandu the Magician, who was capable of creating illusions, teleporting, and astral projection, which he used to fight criminals, and his villain, Baron Roxor, who was bent on world domination.

As Doctor Strange was built out, they used the myths and lore from established belief systems and mythologies, such as Egyptian and Sumerian gods, as well some Hare Krishna aesthetics. It was soon after the character was created, that Eastern mysticism and psychedelia took off with the youth of the ’60s.

It was during this time that Doctor Strange comics got their reputation for having amazing, trippy art.

Doctor Strange had grabbed a foothold in the Marvel Universe, and as such it was time for him to find a team, such as the Avengers or Fantastic Four. So Doctor Strange grabbed two heroes, Hulk and Namor, and created the Defenders. As the Defenders grew, they added Silver Surfer, Luke Cage, Beast, Valkyrie, and more, and Doctor Strange continued to lead, leave, and return to the team throughout the run into the ’90s.

In the ’90s Doctor Strange got his own series back, where he continued to fight in mystic wars, and study new forms of magic.

In 2005, a group of Marvel characters formed a secret group called the Illuminati. In it, Namor, Tony Stark, Reed Richards, Black Bolt, Professor X, and Doctor Strange teamed up to make decisions about the superhero community at large.

Even though the team wasn’t canon until 2005, they were canonically around since the Kree-Skrull war back in 1971, where the heroes realized that if they were more open with each other, they could have stopped a lot of destruction before it ever happened. Tony Stark originally wanted to create their own superhero government, with all the Marvel heroes, but after pushback from the rest of this circle, they limited the idea just just the six of them.

It was this secret group that made the ultimately terrible decision to launch the Hulk into space (Planet Hulk) where he became a gladiatorial hero (like in Thor: Ragnarok) before coming back down to Earth to exact his revenge (World War Hulk).

Lately Doctor Strange continues to show up occasionally in other stories, primarily only when the threat is magical in nature. He tends to sit out of non-magical conflicts.

While the first attempt at creating a Doctor Strange movie was started back in 1986, no real progress was made until 2013, when Kevin Feige announced that the character would be part of Phase 3, which started with Civil War. Of the possible directors, including Mark Andrews (Brave) and Jonathan Levine (50/50), Scott Derrickson (The Day the Earth Stood Still) ultimately got the job. Interestingly, while Derrickson and John Spaihts (Prometheus) were working on the story, they always imagined Benedict Cumberbatch as the lead, who at that time was really known for his titular role in BBCs Sherlock, as well as Khan in Star Trek Into Darkness, but they also considered Ewan McGregor (Obi-wan Kenobi), Oscar Isaac (Star Wars Sequels), Jake Gyllenhaal (Mysterio), Matthew McConaughey (Interstellar), Colin Farrell (The Batman Penguin), Jared Leto (Suicide Squad Joker), Ethan Hawke (The Purge), and Keanu Reeves (The Matrix).

When the movie came out, it made double it’s budget in Net Profit, a huge success for the film. While it worked well with most audiences, there were a few gripes in the film. Primarily leaning into the trope of a white man who goes to Asia to study their mysticism, and then becoming the best one at it, can be a little unfortunate. Adding to that making the Ancient One, the teacher, a white woman, the villain from the same school a white man, and the only people of color as effectively sidekicks (Mordo and Wong), and you can quickly see there was room for improvement. Then you add on that the Marvel formula of “Smart/Charismatic Guy is good at thing and has to fight villain with identical powers”, and it starts to fall into the mid-range of MCU quality. Luckily for fans, it was an incredibly imaginative film, with amazing visuals, to make it stand out and apart from the Ant-Man or the Iron Man 3.

Now, with the new film coming out next week, we can be excited, because the plot of a multiverse has been popping up a lot lately, between Spider-Man: No Way Home, Loki, and What If…?, so to see the backlash in universe from those points leads a lot of potential for a very engaging film.

<Images by Disney and Marvel Comics>

What’s your favorite part of Doctor Strange? Let me know in the comments below!