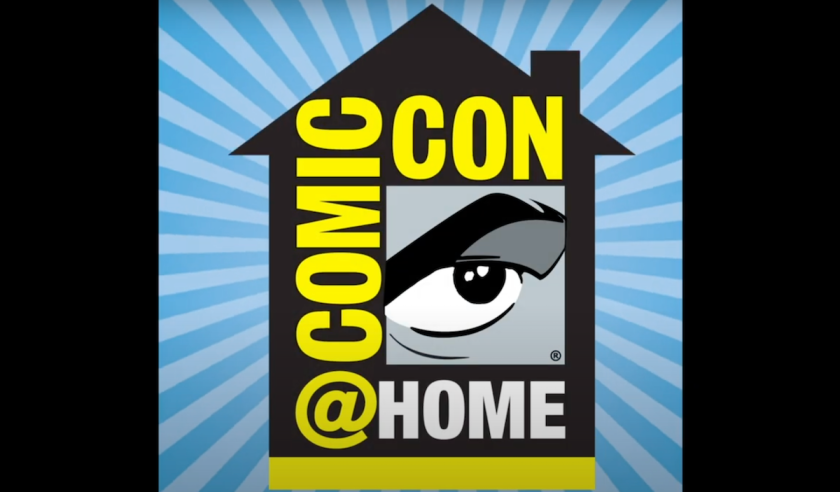 “These are unprecedented times…” How many times have you heard that in the past 2+ months? There is also many memes lately about how 2020 killed all of our plans. For anyone that has annual trips or events, you can be especially bummed out, because these are things that you’ve been thinking about since you experienced them a year ago, and now you have to wait at least another year.

That’s right, comic conventions are all but gone this year. Some end of season conventions haven’t YET been cancelled (Salt Lake FanX), but even if they do, it won’t be the same as plenty of guests/vendors/attendees will be skipping, because going to a gathering of thousands of people doesn’t sound like the best idea. Also, for trips like Disneyland, I know I’m going to wait until they’ve been open as long as they were closed for, because there’s going to be a huge rush right at the beginning, even if there was no health risk.

Then what do we do? Well, some of the bigger conventions have found alternatives! Why not have a convention experience all online?

An offshoot of Comic-Con International: San Diego is WonderCon, who are creating a virtual con for you to enjoy on YouTube called WonderCon@Home. Released over the past few weeks, you can see hour long plus videos that come from a variety of topics, such as “Legendary Comics: Monsterverse Publishing,” “Superman Comic Book Writers Unite,” “The Science of Westworld” and many more. In fact, if you go to the SDCC YouTube page, then you will find videos up to 10 years old that are either new virtual panels, recordings of older panels, and more.

Between July 30 – August 2, GenCon will even be online! This is fantastic news because The Nerdd team was actually planning on attending this year, so the fact that they have this alternative, is so much fun.

There’s also CouchCon, which will have streamed panels, artists and vendors, and a Discord server dedicated for June 25-28.

Perhaps your favorite part of conventions isn’t the discussion panels, but the celebrity ones. Well, FanX Salt Lake Comic Con has you covered. They’ve recorded dozens, if not every, celebrity main stage panel they’ve had in the past five years, and you can find them by YouTubing “FanX Panel.” There you can see 45 minute panels from Zachary Levi, Tom Holland, David Tennant, and several more.

Perhaps you’ve already seen those, in which case I would direct you to Off Camera with Sam Jones, a long-form, low energy interview that you can watch on YouTube, Netflix, or listen via podcast. He’s had 12 seasons so far, each with about 13 episodes, including Robert Downey Jr., Neil Patrick Harris, Daniel Radcliffe, and so many more.

You can’t go to a convention, and not at least look at all of the amazing stuff you could buy! Some conventions have been listing their vendors that they normally have/would have had, so you can go explore some cool stuff, or even just go onto Etsy, and you can find many of the artists and vendors that handcrafted their items. In fact, if you just search some of your favorite fandoms, you can find t shirts, leather products, wood carved art, and movie replicas all over the place.

The great thing about this, is that you know you are supporting small artists, while also finding some great quality products.

Lastly, if your local convention is an excuse to show off your latest cosplay, that doesn’t have to end. Whatever social media you prefer, there are cosplay communities that are still very active all year round, an dyou can show your newest creation there, and get all kinds of support from new friends that share your hobby.

There are several ways to still enjoy the convention experience, without being in a room with thousands of people. I know that I’ll be searching all summer long for panels and videos from cons I’ve not been able to attend, to get my nerddy fix.

What’s your favorite part of comic conventions? Let us know in the comments below!