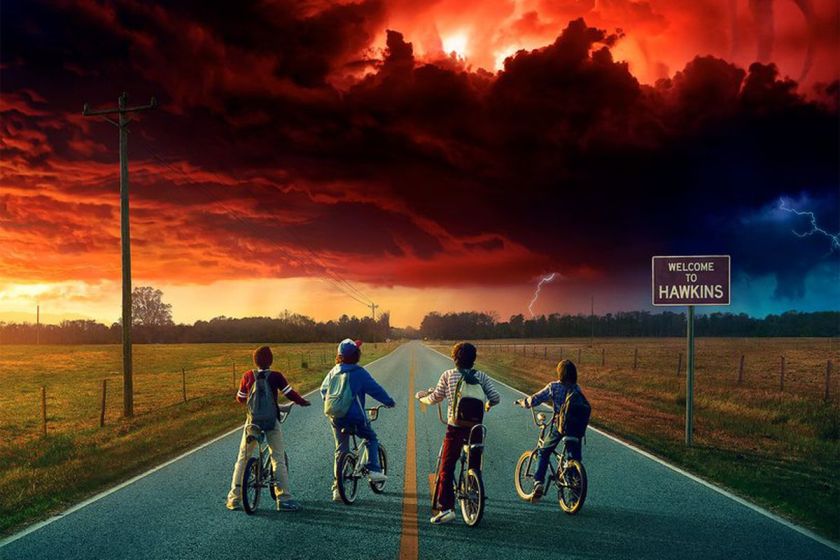 Stranger Things is one of the greatest and best-received Netflix Original. It combines amazing sci-fi, actors, music, and ’80s nostalgia. One of the most question-provoking parts of it though, is the ∩dsᴉpǝ poʍu, the alternate universe of monsters and psychic abilities. As I was watching the second season, I realized that the Upside Down looks different than it did in Season 1.

Season 1 shows the Upside Down as a dark, spore-infested mold world. There was dim lighting, vines growing all over the place, and seemed…wet? It looks like the fog doesn’t allow you to look beyond around 30 feet ahead of you. This was the reality we accepted for what the Upside Down was.

We also see the Upside Down from 11’s perspective, which is different because she is not physically there. Instead, she is using her mind’s eye to see specific things around her. There is also a layer of water on the floor, because she usually is accessing it in a sensory deprivation chamber.

Again, easy to accept, because we are not REALLY there, just she is using her mind to access the parallel world.

But then we get to season 2. And the nature of the Upside Down changes. We begin to see sunlight, which turns the sky red, as well as lightning storms. While there is still fog, we are able to see through it to see this 100 ft tall monster. This is not the Upside Down we saw in Season 1. But why? Why has it evolved?

If it has evolved over the past year, does that mean it didn’t look like it does in Season 1 before 11 opened up the gate in the lab? One theory is that it was a formless void, more like how 11 sees it in her minds eye, and once she opened up the gate, then information from our world started to fill the Upside Down, causing all of the buildings and cars to appear there. But Joyce hadn’t put up the Christmas lights at that time, so how was Will able to communicate via the lights, unless the Upside Down is still changing. But if thats the case, do the cars move in the Upside Down when people drive them in our world?

Is the Demagorgon a projection of El’s fears, her Id, like in the movie Forbidden Planet? We know the Duffer Brothers love their allusions.

Whatever it is, I think the Duffers know, because they have stated that they have a 30 page document with all of the information about the Upside Down that they are releasing when it is narratively appropriate.

What are your theories on the Upside Down? Let us know in the comments below!