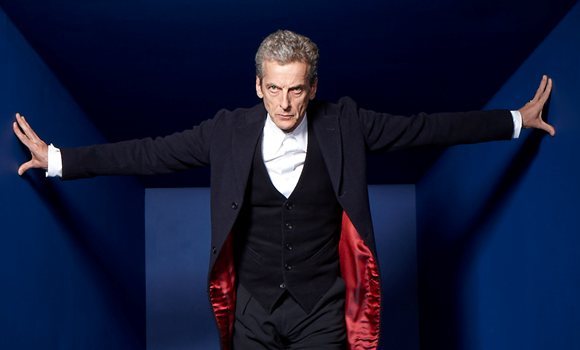 By The Brown Messiah

There is something about sitting down on a Saturday night watching Doctor Who that is just magical. From the opening scene to the closing credits you are transported to this magical universe where anything is possible. You laugh, you cry, you wait with bated breath to see what is going to happen. The Peter Capaldi years have been my absolute favorite. The overarching story of his Doctor, the acting, the costumes. It has been a joy to watch and if you haven’t ever watched any it’s never too late to start.

I wanna preface this with a confession. I have only seen the new series of Doctor Who which started its revival in 2005. I haven’t taken the time to watch the old series because well let’s face it; it’s super long and would take forever. However, from what I have heard and what I have seen in my own experience, Peter Capaldi has been highly praised for his portrayal of the Doctor. And with that said, I freakin’ LOVE him. His Doctor has been my favorite of the revival series and very different from previous incarnations of the character. What really draws me to the Twelfth Doctor is his journey through this new batch of regenerations he has been given. At the end of the Doctor’s Eleventh regeneration (Matt Smith), which was thought to be his last, he was given a new set from his own people for saving them from the terrible fate the Doctor handed them before the new series. And after being a young man for so many years I like how the writers decided to go back to an older man to play the Doctor. To add to that, it really is cool to see the character struggle with his new lease on life as an older man. He wasn’t expecting to live after his last stand as Eleven so it’s really interesting seeing him battle with himself.

His journey from Eleven has been incredible and reminds me of what it really means to be human. He may come off as detached, insensitive, and cross. But when it comes to the people he cares about he will go to any lengths to keep them from harm. Luckily for all of us he cares most about humanity. His identity crisis in the beginning of season 8 was really sad to watch. After saving his planet from total annihilation; he brings into question “Am I a good man?” We all want to know if we are “good” and the Doctor is no different. While I am of the opinion that Clara was not a very good companion to him during this crisis, he comes to the conclusion that he is neither good nor bad. He is a mad man with a box. He is the Doctor and he saves people. He saves Earth from an inversion of shape shifting Zygons. He saves little viking girls and even the child Davros before he created the Daleks. Capaldi really showed his prowess as an actor and his talent to play the Doctor with his speech from the Zygon Inversion in season 9. It is possibly the best scene of any show I have ever seen on in television. But cross him, and you will regret everything you have ever done. He is a raging storm. A wildfire. The last 3 episodes of season 9 are some of my absolute favorite hours of Doctor Who. He is just unhinged and destructive and a lot of fun to watch. And even though the conclusion is sad and heartbreaking you are left with a feeling that everything will be alright. The Doctor will be okay because he is always okay.

Now we are in the final year of Peter Capaldi’s run and I am really sad to see him go. I will probably cry but the show will go on. I am really excited to see how the writers will bring Twelve’s chapter to a close. I am excited for Bill Potts, the new companion, and seeing how her character grows while she is traveling with the Doctor. With the first two episodes now in the wind we have seen how she will take to traveling with the Doctor and how the next season arc will develop. I’m really excited for more interactions with Nardole. His relationship with the Doctor is a bit more like a Mother to a Son but it is funny to watch and super entertaining. This season would be a perfect point to jump into the series. New companions, new adventures. Same old Doctor Who.

What was your favorite Capaldi moment? Let us know in the comments below!