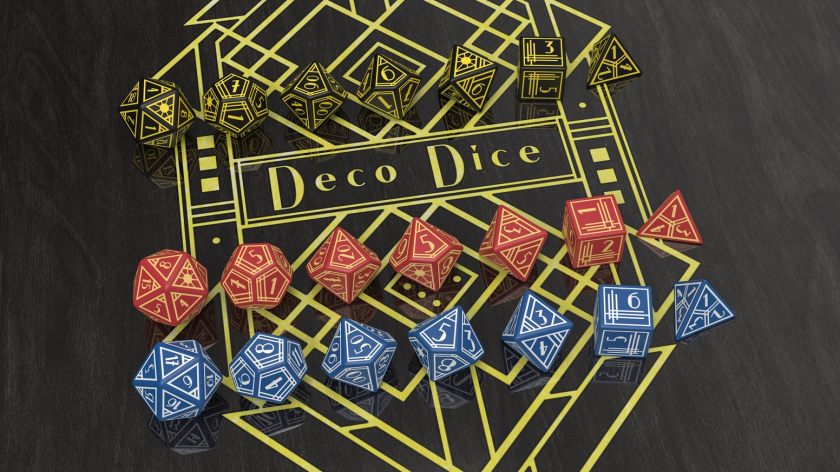 The core mechanic in Dungeons & Dragons goes something like this:

Player Character (PC): Attempts an action in response by rolling a 20-sided die (d20), where the higher, the better, adding any related modifiers.

DM: Interprets the number to explain how successful the PC was.

Everything else about D&D comes from this simple 3-step plan. I’ve heard a few ideas on how to affect this core mechanic in a way that I might use, or just think is interesting, and that you might use.

Back to that 3-step plan, it comes in several different varieties. Sometimes, this is in combat, where you have to see if you can hit your enemy, and everyone is taking turns doing their own thing. Sometimes it is jumping over a pit in a dungeon, something everyone has to do in order to progress the story. Sometimes, however, it is knowing a fact, or doing a single person activity like picking a lock, that can be failed without halting the story. In those instances, where failure doesn’t halt the story, we can limit who rolls for those checks, for something called Niche Protection.

A typical D&D party is made up of a motley crew, people from very different walks of life, each with their own specific set of skills. It’s your Guardians of the Galaxy, your A-Team, your Seven Samurai, your Codename: Kids Next Door. When you watch these, you like to see each character do the thing that they are uniquely qualified to do, and if they can’t, it must be really difficult to do. It would be weird if Drax did a cool silent assassination, or if Peter Quill created a bomb using a prosthetic leg. It would be more than weird, it would be disappointing.

Because of this, we like to see our D&D characters do the thing that THEY are uniquely qualified to do. We want to see our Bard negotiate, our Rogue pick the lock, and our Wizard remember the piece of arcane history. Some people disagree with this, and like the potential randomness of the Barbarian knowing a piece of knowledge from the Ancient Dhakaani Empire, because people are random, and defy expectation. I believe that people’s D&D opinions fall somewhere on the Somebody/Anybody Spectrum, and this is definitely a Somebody topic.

Whenever you want a roll for a specific, single-time, failure-acceptable skill, ask if anyone is proficient in that skill. If anyone is, they are the only ones that can roll for that skill check, because they have the best chance of succeeding, narratively. If they fail, it’s because this is a particularly difficult task.

This reduces Skill Dogpiling, or the idea of everyone trying the same thing. “Oh, the History nerd doesn’t know about the Dhakaani Empire? Well, I might as well roll, it couldn’t hurt.” But it does hurt, it hurts the narrative. Again, some people on the Anybody side might say “That’s just an opportunity for the Barbarian to come up with something from their backstory to explain why they know about it.” Again, some people find joy in that, others don’t.

Now, there are two factors to this idea. The first is that people can use the Help mechanic, which is in 5e, and it says that if someone helps you with a task, the person attempting the roll gets Advantage. This is where you can open it up to the floor, and ask if the Barbarian has some backstory moment, that can help, and it can be just as flimsy or bizarre as you want, and it helps our History nerd remember, and gives them advantage. This emphasizes their teamwork. Maybe you’ll ask who has the subjective best reason to help, and it’s fun, and we have a better chance of succeeding.

The other factor, is that if no one has Proficiency in the skill, then everyone gets to try, and the Barbarian might get it anyway. At that point, for me, it is that fun random aspect, without stepping on the toes of the character who is supposed to be in the spotlight.

Now, when we actually roll the dice, there seem to be 2 different possible results. Either “You succeed” or “You fail,” and that’s it because the Rules as Written (RAW) says that skill checks dont’ have critical results. So even if you homebrew that to allow for criticals, that adds in “You Super succeed” or “You Super fail,” which usually allows for super cool and/or funny moments. But what if we expand even more, to increase the amount of drama? Matt Colville explains the idea in a really cool way.

Now, if you like this idea, you like allowing for failure without failing completely, or you like succeeding without it being a walk in the park, use this as a way to measure that.

Let’s say that the players have to climb a rope up a wall, and you set the Difficulty Check (DC) to 13. Here are some ways to handle different rolls.

You fail to climb the rope, and fall when you’re 10 feet up, taking 1d6 damage, and alerting nearby enemies.

You fail to climb the rope, and fall, making a loud noise and alerting nearby enemies.

You fail to climb the rope, as you’re just not strong enough to climb with all of your armor and gear.

You fail to climb the rope, but in your frustration you notice a small passageway that you might be able to squeeze through.

You successfully climb the rope, but when you get to the top you are surprised by monsters that were waiting for you up above.

You successfully climb the rope. When you get to the top you see some monsters making their way toward you.

You successfully climb the rope, and are able to sneak up on some nearby monsters, granting you a surprise round in combat.

You climb the rope, looking majestically as you do so, and when you get to the top you see a monster facing away , who is close enough for you to pull over the edge before they notice you.

This is just off the top of my head, but I’m sure you can think of how to expand it. Or, if you run a more collaborative game, perhaps you can ask another player at the table what the “But” or “And” could include. What is the opportunity or threat that arises with the success or failure?

We are all familiar with Passive Perception. When you roll a 20-sided die, the average result is 10 (rounding down .5), and so if you add your Perception modifier, you get an average level of perception. This is because you are always perceiving the world around you, and so without trying, this is how much you tend to notice. However, what if you extend that concept to more of your abilities?

At the moment, Rogue’s have an ability at level 11, called Reliable Talent, that basically says that you can’t roll below a Passive score (10+modifier) on any skill you have Proficiency in. This grows the idea of Proficient First, where people that are uniquely skilled at something, probably won’t fail as often as the dice make it out to be.

Well, theoretically you could just give this ability to all of your players, and just say that it’s part of being Proficient, is that your minimum level of skill is always going to be decent, because that’s just what you do. Maybe you give it to all classes, maybe you do it before level 11. The point is that you can add this level of heroism to all of your PCs, and make them feel epic when it comes to their specialty. I don’t do this, but you could.

Or, here if you’ve played 4e, then you are familiar with the idea of a Skill Challenge. There are certain aspects of adventuring that D&D just doesn’t handle well, like long-form detective style investigation, or a dynamic flee, or anything that feels like it should take more than one skill check, or more than one contributor. Well, 4e had Skill Challenges (which you can learn about here). I have personally modified the Skill Challenge, where instead of still being on a Pass/Fail system, it is a continual challenge until you pass.

In a recent game, my party was looking for a specific person who they knew was living in a city called The Great Crag. So we launched a Skill Challenge. Each person took a turn rolling a skill check, no individual being able to use the same skill twice. With each success they would learn something cool about the city they were in. With each failure, they would still learn something cool, but also find themselves in some form of threat, either social (accidentally insulting someone via local customs), exploration (getting lost), or combat (getting into a fight). There was no version of failure, as they needed to find this guy, but they just got themselves into trouble. They kept going until they succeeded an amount equal to twice per player (i.e. not every player succeeds twice, but the table succeeds 2×3 players=6 times total). To make it easier, I could have dropped the DC or the amount of successes, to make it harder I could have raised either as well.

None of these really replace the systems of 5e, but instead add onto them. When a game of D&D is combat, broken up by moments of skill checks, it’s nice to give the skill checks a bit more weight.

Do you have any Skill Check homebrew rules? Let us know in the comments below!