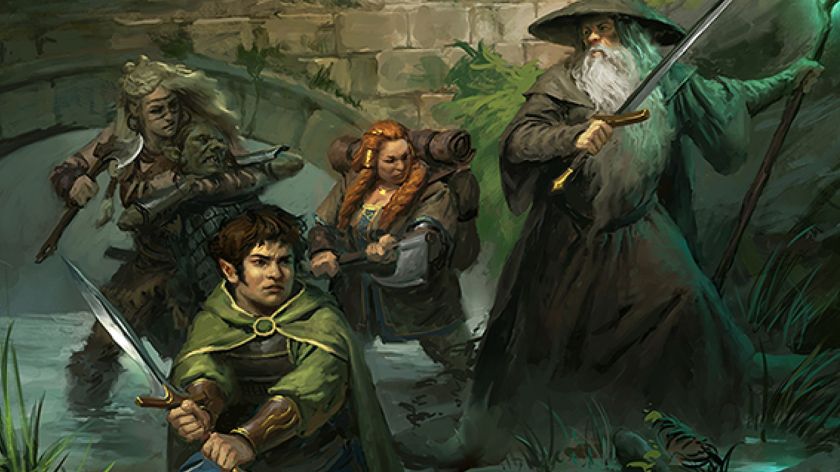 Dungeons & Dragons is a highly creative game, and as the leader of your group, the DM is constantly preparing for the future of the game. What are the players looking for? Who are they going to meet? What kind of treasure are they going to find? What problems will they have to solve? It’s a lot to think about, and you can quickly run dry your personal cache of ideas. That’s why I thought to get together all the places that I like to get ideas from, some very obvious and generic, some a bit weirder, that might not work for you. Either way, hopefully you’ll realize there are more than just the usual places to get ideas for your next D&D adventure.

Of course the first thing you should do, is to go through and read the Player’s Handbook, the Dungeon Master’s Guide, and the Monster Manual. Just flipping through those, reading some flavor text will give you some ideas to start with. There’s a lot of good information in those books, have you read them yet?

Also, there are tons of lists online, “100 Adventure Ideas”, “25 Ranger Adventure Ideas”, etc. Those are certainly helpful, but being able to lift entire cities, kings, or problems wholesale can definitely help speed up the process.

These are all more obvious places that you might have been able to come up with yourself, but they are perfect for a beginner to pull from.

If you didn’t know, there are canonical D&D novels. The most popular are set in the world of Forgotten Realms, and feature the hero Drizzt Do’Urden, a drow ranger with two scimitars and a black panther companion. However, there are several, set in various settings, which are full of characters, arcs, MacGuffins, and more ideas that you don’t have to change anything, because they are already set in the lore.

Critical Role and other Podcasts

Similarly, there are Actual Play podcasts, such as Critical Role, The Adventure Zone, The Chain of Acheron, and more. These are shows where people are playing D&D with the express purpose of entertaining you, and giving you ideas for your own game. All of these are well done, as well as some more amateur shows, but they can all give you ideas for your own games. Just check to see if any of your players also listen, because otherwise that could be awkward if they notice.

The Lord of the Rings

Obviously, if you are a fan of D&D, you probably have already seen the Lord of the Rings movies, and the Hobbit movies. These are great for your classic quest/MacGuffin, good-vs-evil storyline. If you really want to get into the nitty-gritty, go ahead and read the books. Not only did they cut a lot out of the books (or else they would have been even longer), but there is the Silmarillion, and all of the side books by Christopher Tolkien, J.R.R.’s son.

What many know, is that J.R.R. Tolkien and C.S. Lewis were friends, and even wrote each other into their books. With Narnia, you might only think about The Lion, the Witch, and the Wardrobe, but there are six other books in that series that lend themselves much more to being good D&D ideas. An often overlooked book, even by the fandom, is The Horse and His Boy, which barely features the four children the series primarily follows, and instead is about a boy and a horse, trying to escape the country they live in, to Narnia, but run into some trouble on the way. It’s a great addition that more people should check out.

Obviously Game of Thrones reached peak popularity a few years ago. While many complaints were about many questions and plot threads that were left ignored, feel free to use some of those for your campaign. What forbidden knowledge did Sam steal from the Citadel? Who inherits Casterly Rock, an ancestral home of a wealthy family? What will the army of the Unsullied do now that their Queen is dead?

A classic monster hunter show, but done excellently. If you want to explore having a monster attacking a city, and the party is hired to hunt it down and kill it, the work that a Witcher does during a hunt to figure out what the monster is, and how best to kill it, is an awesome adventure.

The World of Warcraft, including World of Warcraft, has gone through many stories over the years, as they try to add new content to stay relevant. This means that not only can you pick and choose, you can also see what expansions were more successful and popular, meaning they were enjoyed by more people. A lot of great ideas can come from that high fantasy world.

Some of these ideas might be a bit more unique than a beginner might expect, as they aren’t as strictly D&D, but being able to change a few proper nouns is sometimes all it takes to change something to the right fantasy.

This is where a lot of original D&D came from. Between King Arthur, granted power by the Lady of the Lake, and his Knights of the Round Table, to Robin Hood fighting corruption to help the peasants. With so many versions of these stories told, you can certainly find something there to help.

More classic mythology is also where most of the monsters in the Monster Manual were inspired. Don’t limit yourself to just one type of mythology either, as the plethora of mythologies can bring you different kinds of ideas.

Note: Below are examples of common themes, not an oversimplification of these diverse and thorough mythologies.

As you can see, there are a lot of different themes that you can look at, and each one has it’s own set of heroes, monsters, and conflicts. So many options are available with traditional mythology.

Often the inspiration of many a Disney tale, these Fairy Tales are diverse, and many are not as popular as others. If you look beyond the most notable, and look into overseen stories, there are ideas abound that would fit nicely.

While barely even qualifying as fantasy, the adventurous spirit of Indiana Jones is one that many people playing D&D are searching for. Between awesome ideas for traps, cults and their worship, and the neverending status of something to search for, these movies are perfect.

Pirates of the Caribbean

Feeling very similar to Indiana Jones, Pirates is full of adventure, and takes common stories around sea-life, and show it to us. You really learn how terrifying the Kraken is before you even meet it, by seeing the wreckage of a previous victim. Or various crews of undead, scouring the seas for treasure. These have perfect tension building that you can use in your own game, and are all excellent classic pirate tropes, done perfectly. Also, the swashbuckling genre can lead to a game itself.

Avatar has some of the best worldbuilding I’ve ever seen. Not only this, but is a fantastic focus of non-Western fantasy, and is instead heavily inspired by Asian fantasy themes. I think something that Avatar explores fantastically is how people deal with extreme, long term threats, such as the Fire Nation. When something is more than just an event, but lasts for a while, there is residual panic and worry that persists, but there are also fun times and laughter interspersed throughout. The creators of Avatar expertly cut tension with comedy throughout the series, keeping the show fun to watch, while not losing the feeling of looming danger. Not only this, but (!spoilers!) our heroes didn’t win when they thought they had the best chance to. Instead, they won when the villain had the best chance to, thus making it far more dramatic.

Yes, Star Wars is science fiction (but also Space Fantasy, we’ll talk about that another time). However, George Lucas studied classical storytelling for years before writing our favorite story from a long time ago in a galaxy far, far away. If you ever want to study the “Hero’s Cycle,” studied in The Hero with a Thousand Faces by Joseph Campbell, you will see just how well Lucas wrote Star Wars to exemplify this. So if you believe that you will be able to pull of a long-running campaign, then framing it with a similar pattern as the Hero’s Cycle, it will make the story extremely fulfilling.

What happens when you mix Futurama with D&D? You get Disenchantment on Netflix. We see a princess of a mystical kingdom, who’s best friends are an elf and a demon, and who’s stepmother is a froglady. There’s not a lot of serious storylines to take, but if you want a funny adventure, then you can pull some great stuff from this show.

Lastly, there are some places that you might not expect to to find D&D adventure ideas, but these are all super fun.

The cult-classic show about space cowboys, Mandalorian before Mandalorian. This show follows a ships crew, each with a clearly different class, and knows how to give each of them a fulfilling adventure episode, and how they work together. If you want to give your barbarian a spotlight adventure, but aren’t sure how, consider looking at the Hero of Canton, the Man they Call Jayne. Perfect spotlight episode of a non-leader character.

These three are due to how long running these have lasted. All of these have gone on for decades, comics almost a century. Because of this, they have had to come up with thousands of small storylines, any of which could easily be turned into a simple D&D adventure. Again, I would stay away from the huge, famous storylines as they are generally more specific. If you find the single episode/issue stories, then they will be simple enough to transfer to your game.

This early 2000s Disney cartoon actually has a ton of adventure. The episode I watched recently (that actually gave me the idea to write this article) was “Monkey Fist Strikes” where Kim and Ron have to explore a dungeon to a Monkey God, then find out that the questgiver was actually a cultist who wanted to get the Monkey God powers for himself. Classic D&D adventure right there.

Where do you get ideas for D&D adventures? Let us know in the comments below!