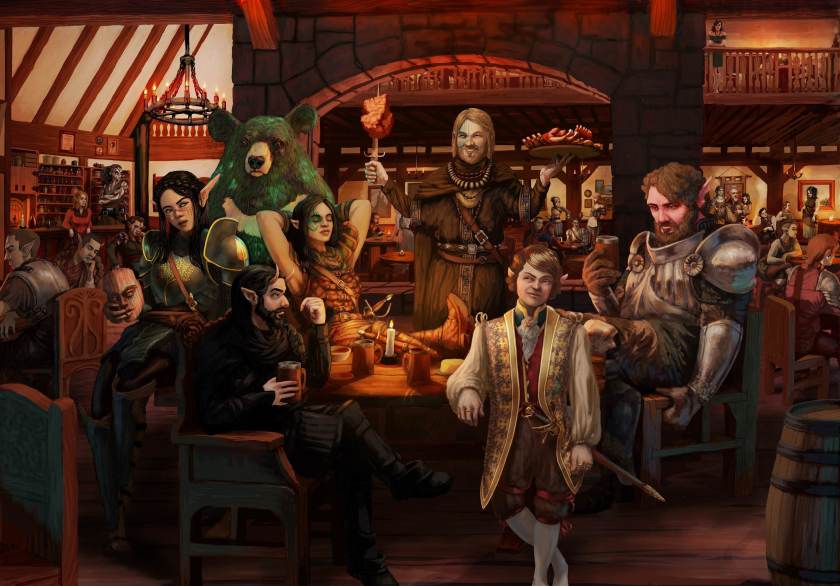 So, you’re a Dungeon Master, and you’ve found a group of players that want to play in a game you run. That’s great! Sometimes that’s the hardest hurdle to overcome. Now, before you get to playing, you need to have a Session Zero. Again, don’t just suggest a Session Zero, but actually hold one. It can even be on the agreed upon start date, and just the first time you all get around a table, is for Session Zero specifically.

But what is a Session Zero? Whether this is a new concept, or you just want to make sure you’re not forgetting anything, there are three things you need to include, to make sure your game gets off on the right foot.

In Session Zero, all the players (and DM) get around a table to discuss Table Rules (behavior), House Rules, and Gameplay (including character creation).

Obviously if you’re only playing a one-shot, this isn’t necessary, or possible sometimes, but if you’re committing to a multi-session adventure/campaign, you need to do this.

Table Rules are the first things you need to cover, because no matter what else happens, if there isn’t an agreement or understanding on Table Rules, the game will fail 100% of the time. There are two major parts of Table Rules.

Some of these questions may seem ridiculous, and you can’t believe that someone would be so strict about a game. If the whole group agrees with you, then that’s great! However, if one person wishes that you had asked these questions, and you don’t, and then they leave the group, it would just be better if they left now. On the other hand, what if you realize you are the only person that thinks these questions are stupid, and you quickly realize you don’t want to play with these people. Just find the truth now, so you don’t have to worry about it later.

These are the things that the characters are allowed to do in the game, as well as the “Hard Topics” that may or may not come up during play.

Again, this might seem ridiculous to you. However, if one person in your group has a different opinion than the rest, you want to know now, and not play together. Even if that person is you.

Finally, just make sure that you all have the same expectations for how player and character behavior should go, and be open to communicating it. If just one person disagrees, you don’t have to change your play style, but they should just find a different group, because THEY WON’T HAVE FUN.

This, as you’re probably familiar with, is how you, as the group or the DM, prefer to run the game itself.

Hopefully these questions make more sense to discuss beforehand, because these can easily get into the “if I had known that then I would have…” territory, which is never a fun situation to be in. This is all about managing expectations.

Lastly, this comes down to the world and game itself.

Overall, all of these questions are just about managing expectations between everyone, so that when the game starts, you are all on the same page, and can just focus on the fun of the game.

Of course, the last part of the Session 0, is creating the characters. This can be done by each person while discussing this of course.

Have you gone through all of this, and still have a couple hours scheduled? This is likely if you’ve played with this group before, and everyone had character ideas before they showed up. Well, looks like we have some time to actually play a quick one shot!

This doesn’t have to be canon to the story, just a practice run to see if you like the mechanics of being a sorcerer as opposed to a wizard. Or this could be the day that everyone met each other. Did you all meet while protecting a ship you are all on from pirates, and realized you could work together?

There are many one shots you can find online as ideas for this final act of your Session 0. Again, not necessary, but fun if you have left over time.

What do you make sure to do during your Session 0? Let us know in the comments below!