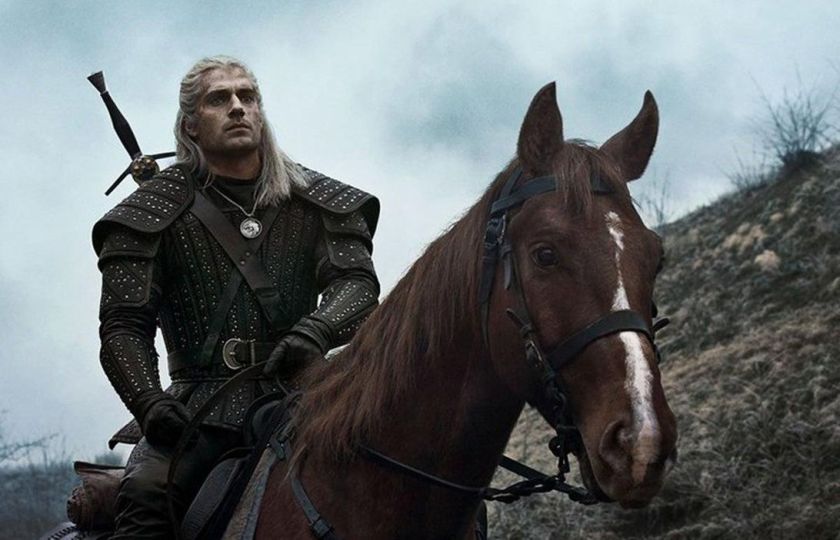 Charging into battle. Facing their fears. Making friends. Making a difference. Only three of those things are part of being a hero. We all like having friends in our lives, but there is nothing inherently heroic about being able to make friends easily. Or public speaking for that matter. There are a handful of introvert heroes that deserve our love, because introverts are just as valuable as extroverts.

We see articles all the time saying “Introverts, Here’s How to Break Out of Your Comfort Zone,” but never “Extroverts, Here’s How to Be Quiet and Listen.” There’s nothing wrong with being a little more reserved, with needing to recharge away from people, with being comfortable and content being alone. However, for some reason, whenever we see many heroes in media, they are all fairly sociable and energized around others.

Tony Stark is probably the biggest example of this. He, being the face of the Avengers(Captain America is the leader), is throwing parties, willing to make a fool of himself, and all around seems to be unable to be alone. While we all love characters like Iron Man that are outgoing, sometimes we need a little variety because not every single person is flowing with social energy.

Here are some heroes that are more introverted, and are great examples that they are still amazing and are just as impressive as our extrovert counterparts.

Geralt of Rivia – The Witcher

The Netflix show has increased the popularity of Geralt to the broader public. It’s actually that great series that inspired me to write this post. In so many movies, we see a charismatic character that is supported by their quieter friend. However, it is clear that the almost silent Geralt is the hero of this story, and his loud and boisterous bard Jaskier (Dandelion) is more of an annoying little brother than a celebrated friend.

In the books and video games, Geralt isn’t nearly as silent as he is portrayed by Henry Cavill, but the emotion felt every time the Witcher does speak is felt much more strongly, as is often the case with introverts. Typically when you know someone who doesn’t speak often, they spend that time thinking carefully about what they might say, and then when they do speak, you listen! We see this in a similar fashion as when Geralt does speak there is almost a hush across the room. As a side-note, Geralt certainly prefers talking to his horse, Roach, more than people.

In addition, he is a great example of someone who is more comfortable observing others and comfortable in doing so on the sidelines. This may be what gives him the edge of reacting so quickly and understanding situations so thoroughly (if we set aside the Witcher abilities). Though many characters want him to be a part of some group whether it be fighters, people of the courts, or other “friends,” he doesn’t care so much about belonging to anyone and doesn’t need the inclusion necessarily. So just let him sit back, and toss a coin to your Witcher.

Newt Scamander – Fantastic Beasts and Where to Find Them

The greatest Hufflepuff we’ve seen so far in the Wizarding World of Harry Potter (#Hufflepride), Newt Scamander just wants to be with his animals, and maybe a few friends. This speaks true to many introverts as they don’t require a plethora of friends, but a few very close companions that they trust, and of course a loyal animal of some sort. Of course in true fashion of anyone with friends, you find some way to get into trouble (who doesn’t?), thanks to the extroverted stubbornness of some, but Newt does an amazing job of stopping them to think about their actions for a moment; and many people are better for it by the end of the movie from his kind encouragement.

As a whole, Newt Scamander is a great example of non-toxic masculinity and realistic introvertness, and this is seen perfectly when he doesn’t talk over others, and treats everyone with respect and space to voice their thoughts and opinions. His words aren’t as emotionally amplified by their scarcity, but it is clear that he is very intentional with the things he says and does, and doesn’t need validation from others to be confident he knows what he wants. He doesn’t confine to what people want him to be, and though others may talk about how he may be “odd,” he is quite remarkable in his confidence about who he is as a person.

Another trait of Newt that isn’t only reserved for introverts, but can be more common due to being a little more soft-spoken, is his empathy. Most characters in the movie are relatively emotionless and cold mirroring the concrete New York, but Newt has such warmth towards everyone he interacts with, both human and animal. The range of emotions you see throughout and some of the feelings he has have such depth, it’s a stark difference than most of the others around him and refreshing.

Link – The Legend of Zelda

“Hey! Listen!” This introvert character is entirely possible to be due to the fact that when the first The Legend of Zelda game came out, dialogue wasn’t as crucial to roleplaying as it is today, but even as other characters do most of the talking, it seems Link would be perfectly content wondering around the world, defeating monsters, and living his life. Not unlike Geralt above.

Putting the silence aside, as more versions have come out with different timelines, stories, and updated versions of Link, he has continued to be Hyrule’s protector and a great hero that doesn’t need constant interaction with others. As compassionate, loyal, and courageous as he is; it’s funny to see some of the beginnings of games where he doesn’t necessarily want to leave the comfort of home to go on a great adventure. That may ring true for some introverts as they don’t want to leave the comforts of home and enjoy the solace and naps- and Link certainly loves dozing off.

Link is obviously far from lazy as he’s saved Hyrule countless times. However, we still love Link and all the journeys we get to tag-along with. As we already mentioned with Newt above, how having a few close companions is crucial to the character, Link is similar in that aspect as well. As he travels across the land kicking butt, there are only a few people he seems close with, and more times than not, it’s a horse and Princess Zelda.

Now, in the BBC show with Colin Morgan, Merlin might appear to be an extrovert by his willingness to make friends and meet people. However, introvert and shy are not one and the same, though many mistake them to be. Another mistake might be to think that Merlin is an introvert because he hides such a major part of his life from the world (his magic). While that comes to the right conclusion, that is not necessarily a trait of introverts, because anyone can keep secrets.

As he plays opposite of the young king to be Arthur, sometimes their differences are played up and you can really see each side of the spectrum. As Merlin is slowly learning more about magic and his power, he isn’t wanting to get attention, but is wanting to understand the environment around him, even though magic is illegal. At the same time Arthur is learning to be his own, though it may be getting into trouble intentionally, having a loud mouth, trying to show off for the girls, and very much wanting people to be around him.

Ultimately, what makes someone an introvert is their willingness to be comfortable and intimate with a very select group of people. Merlin is naturally curious about those around him at times, and seeks solitude for safety at other times, but it is in the depth of his relationships and friendships that marks him to be a true introvert.

Rogue One, one of my favorite Star Wars movies, stars a character who is naturally very standoffish. What makes Jyn stand out from the rest, is that she might not have naturally become an introvert. As a small child, she lived in seclusion, watched her father get murdered, was forced into a rebellion by an extremist, and as an adult realizes that she’s lied to by the people that she has to trust, out of lack of options. It’s entirely possible that Jyn would have been a very different person had her life gone a different way. In the classic “Nature vs. Nurture” question, we see here an introvert who was forced into that mindset. Again, this isn’t a bad thing, but a very natural response to a difficult background.

What we do see in the movie due to the environment around her, whether it was natural or learned, is that she would much rather work alone if given the choice, because she can’t predict what those around her are going to do. Many times we see her staring off into the distance, which some may call “zoning out,” but to an introvert can be a way of escapism due to the difficult task at hand (a.k.a. saving the galaxy).

Jyn is a great character even with some of her flaws with trust issues and not having many friends. What we do see at the end of the movie is truly the greatest hero being as altruistic as one can be, all for the greater good of humanity and the universe.

Lastly, we have the Devil of Hell’s Kitchen. The Netflix series was an amazing characterization by Charlie Cox, and showed Murdock in an excellent way. His confidence is very apparent, both when he is a courthouse as a lawyer, able to speak publicly, as well as as a masked vigilante, getting information out of criminals. However, he always needs time alone to recharge, and only becomes intimate and close with one or two people at a time. As a kid, he would only confide in his dad, and then Stick. As an adult, it was Foggy, Karen, and Elektra, but again only one or two at a time. He keeps his social circle very close, and cares for those people with all of his heart.

As he does hide his alter-ego from his friends as he’s first learning how to balance Daredevil and lawyer day-to-day, it takes a serious toll on him. As introverts may seem like they don’t need anyone, we see flashbacks of Foggy almost adopting Matt and saying, “we’re doing this together.” Later you realize that Matt really does need other people in his life, though he needs breaks to contemplate and process, the people he cares about are invaluable to him.

Though sometimes introverts may seem unapproachable and self-sufficient, once you get to know them you realize it’s quite the opposite, and Matt Murdock is an excellent example of that. It’s all about finding the balance between kindling important relationships and taking care of your well being and knowing how to do so.

Who’s your favorite introvert hero? Let us know in the comments below!