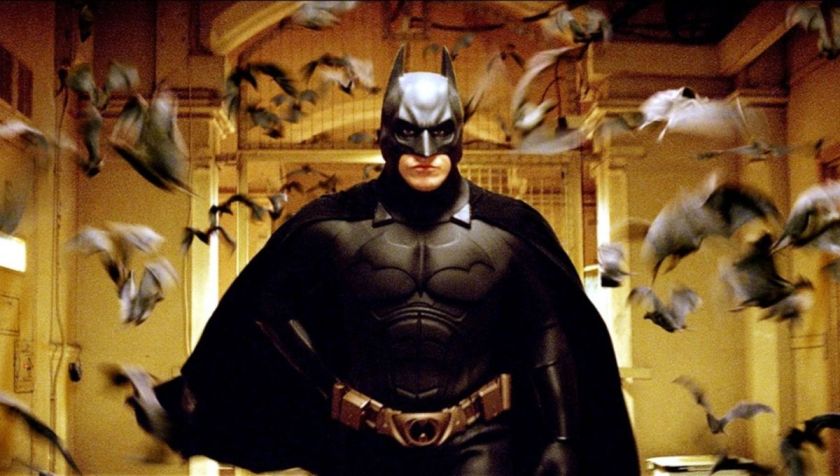 The modern nerd age started in 2005. That’s a strong claim to make, I know. I’ve noticed a lot of things on this site mention the year 2005, so I decided to take a closer look, and what I found was very, very interesting.

I’m going to start off light, with some popular things from 2005, but hopefully by the end, you’ll see just how interesting the year was, and how much we owe to it.

In 2005, the website YouTube went live. YouTube is such a strong point of internet culture today, it’s impossible to imagine what our online experience would be like without videos explaining how Captain America’s shield would react to being hit by a lightsaber (thank you Because Science). Obviously YouTube is much more than nerdy videos, but it’s a very important resource for all nerds.

The Office, having been a popular show on The BBC, makes it’s remake debut in America. Again, this isn’t specifically only for nerds, but you’re just as likely to hear a “That’s What She Said” at Comic Con as you are “May the Force Be With You.”

Revenge of the Sith

Regardless of your opinions of the Prequel Trilogy, the release of it’s final film cannot be understated as an important point in Star Wars history. While you can complain about Anakin’s hatred of sand all you want, the epicness of Order 66 was so powerful, as you finally see all the pieces fall into place, that creates the Empire of the original films.

This is where it really gets started. We must tip our hats to Sam Raimi’s Spider-Man and the original X-Men films, but people were starting to wonder if the comic book phase was about to run out. Even Pixar had made their own superhero movie the year before, what more could you want? Well Christoper Nolan created the wave of “gritty reboots” as well as mature superhero movies that were for adults just as much, if not more so, as kids. No matter how great Marvel movies get, it’s still widely accepted that The Dark Knight is the greatest comic book movie of all time, and neither that nor Iron Man would have been made if it wasn’t for Batman Begins.

Obviously this movie wasn’t as good as Batman Begins, but it’s important to acknowledge a film about one of the greatest superhero teams ever. Marvel comics would have died, Stan Lee was thinking about quitting comics all together when he wrote The Fantastic Four. Sure it gets ignored compared to other Pre-MCU Marvel films, but to ignore it’s place in the nerd-sphere is ridiculous.

Sam and Dean Winchester began their hunting in 2005, and are only now is releasing it’s final season. You still can’t go to a Hot Topic without seeing t-shirts of sigils or anti-possesion marks on them.

This show also gave CW the exposure it needed to get shows like Arrow off the ground, which of course led to the Crisis on Infinite Earths event on December 8th, where we will see Supergirl, Brainiac, J’onn J’onzz, Batwoman, Flash, Green Arrow, Atom, Superman, Lois Lane, Reverse-Flash, Black Canary, and John Constantine on screen in the same 5-part crossover episode.

My personal entry into nerddom, 2005 had the return of Doctor Who with Christopher Eccleston telling us to “run.” You can tell a lot about a nerd by their favorite Doctor (10 all the way), companion (Donna), and whether or not they think The Doctor should be female (of course). David Tennant himself has solidified Chuck Taylor’s as the nerd’s shoe, which is seen on every convention floor.

The Lion, the Witch, and the Wardrobe

When it comes to fantasy, there are two pillars to look to, The Lord of the Rings and The Chronicles of Narnia. It helps that the authors of these two magnificent series’ were friends, and included cameos of each other in their works. We had seen fantasy on screen like no other with the former LoTR trilogy, but Liam Neeson’s Aslan the Lion tell Tilda Swinton to f… “not recite the deep magic”… is an amazing moment that should be seared in your mind. If it is not, it’s on Disney+ right now.

Harry Potter and the Goblet of Fire

The Harry Potter movies are in the making, and we are now (in 2005) halfway done. For some, this is their favorite movie in the series, for others, not so much (personally I think Prisoner of Azkaban is best), but to see Voldemort in all his glory for the first time, for the films to make a major switch from Death-Is-Coming to Death-Is-Here is important to what might be the third most popular fantasy story ever.

Remember, Remember, The Fifth of November. One of the greatest comics ever made was turned into a great film with Hugo Weaving, Natalie Portman, and John Hurt. Guy Fawkes Day has turned into a Halloween-type celebration in the UK, and this story is an homage to that, with a 1984 element mixed in.

Riding the wave of the new YA fantasy novel, Percy Jackson made his debut in 2005, and was flocked to because of it’s specificity with the Greek Gods, as well as giving kids with ADHD or Dyslexia a purpose for their neuro-diversity. Their brains weren’t broken (which is what I thought when I was diagnosed with ADHD), they were designed for combat and reading Ancient Greek. We belonged at Camp Half-Blood, and we were legends.

Speaking of Greek Mythology, The first God of War video game was released in 2005, but was focused for a much different audience. It received multiple Game of the Year awards, and created it’s own series of eight games (so far), and has been called by some the Greatest Game Ever Made.

Personally, when I think of some of the greatest games I’ve ever played, I don’t go to God of War as much as I do the first two Star Wars Battlefront games, the second of which came out in 2005. The story follows the 501st Legion, who followed Obi-Wan Kenobi in the Clone Wars, and after Order 66, became known as “Vader’s First.” It became so popular in the Star Wars fandom, that there is a group of Clone Trooper cosplayers that raise money for charity, known as the 501st Legion, and have over 13,000 members.

Lastly, there was a saying in the comic shops of the world, “Only three people ever stay dead, Jason Todd, Bucky Barnes, and Uncle Ben.” For some reason, in 2005 both Jason Todd returned as the Red Hood, and Bucky Barnes returned as the Winter Soldier. The boyhood wonders of some of the first major heroes from both Marvel and DC come back from the dead as blood-thirsty killers, short term rivals of their mentors, with seemingly no reason for the timing on each. These characters are now super popular within each fandom, and have made movie appearances, either Live Action or animated.

So much happened in 2005, and I’m not sure why, but I thought it would be fun to show you just how influential that year was.

What’s your favorite memory of 2005? Let us know in the comments below!