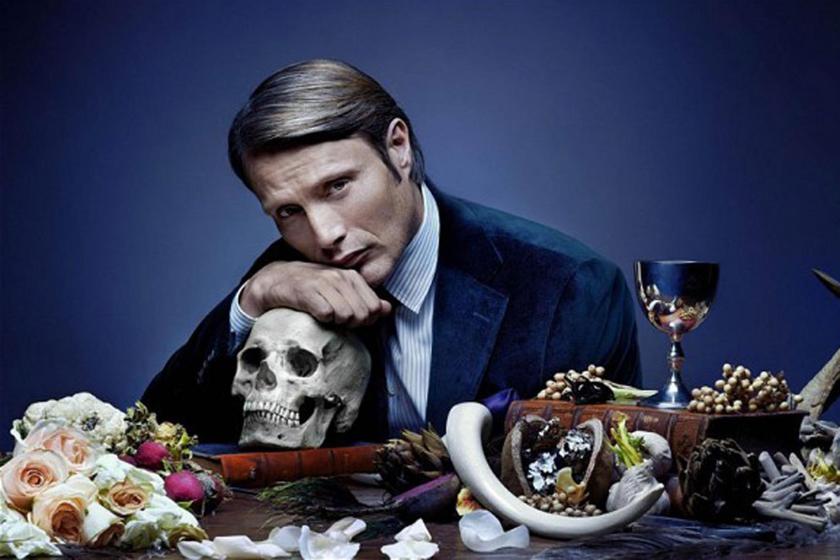 Hannibal Lecter, the twisted, stunning creation of Thomas Harris, has held a captive audience for 36 years this October, through a series of crime novels, movies, television and off-broadway musicals. What is it about this terrifying creature that has captivated the world, and where will his haunting stories lead us next?

Thomas Harris had no intentions of creating Hannibal Lecter. In the midst of writing his second crime novel, Red Dragon, he found that he needed a plot device. He needed someone for his brave detective, Will Graham, to seek information from. What he found at the end of that long, empty corridor was a monster that he himself had never intended to bring to life. Harris often talks about Dr. Lecter as though he is real, pacing the halls and plaguing the day to day monotony of his life, and it is clear that he finds Hannibal Lecter a fearsome creature.

“I found, and find, the scrutiny of Dr. Lecter uncomfortable, intrusive, like the humming of your thoughts when they x-ray your head….. I dreaded doing Hannibal, dreaded the personal wear and tear, dreaded the choices I would have to watch, feared for Starling. In the end, I let them go, as you must let characters go…There is a certain amount of courtesy involved.”

What Harris didn’t consider was the fact that in letting Hannibal Lecter go, he was giving him permission to slink out of the darkness, and enrapture the world in his iniquitous destruction.

“If you believe you are beyond harm, will you go inside? Will you enter this palace so prominent in blood and glory, follow your face through the web-spanned dark, toward the exquisite chiming of the clavier?”

Hannibal Lecter crept out from the dark crevices of Harris’ mind, and became a tragic, twisted anti hero that captivated the world. Red Dragon was published in October of 1981, and became the beautiful beginning to one of the most fascinating works of American Literature.

“He could feed the caterpillar, he could whisper through the chrysalis; what hatched out followed its own nature and was beyond him.”

Thomas Harris’ wicked creature quickly found his way to the big screen, with the first film adaptation of Red Dragon hitting theaters on August 15, 1986. The screen adaptation, titled Manhunter, was met with mixed reviews by audiences and critics alike, stating the the film was too stylized given the use of pastel colors, art deco architecture and glass brick. The music was described as dated, the film, though complex, had plot holes, and William Petersen’s integrity as a leading actor was called into question. Despite the seemingly negative reviews, Hannibal Lecter’s story still seemed worth exploring, and in 1988, Harris published The Silence of the Lambs. MGM quickly obtained the film rights to The Silence of the Lambs, and in 1991 the Anthony Hopkins driven Hannibal Lecter was born.

The Silence of the Lambs was released on Valentine’s Day, 1991, and grossed $272.7 million worldwide against its $19 million budget. It became the first (and currently only) Best Picture winner which was considered a horror film, and only the third horror film nominated for this prestigious award, The Exorcist and Jaws being the other two, respectively. The Silence of the Lambs created such an impact in film and media, that the U.S. Library of Congress selected it to be preserved in the National Film Registry in 2011. Due to the popularity of Sir Anthony Hopkins’ portrayal of Dr. Hannibal Lecter, a sequel (Hannibal) and two prequels (Red Dragon and Hannibal Rising) were brought to life on the big screen.

“He looked up and saw her and his breath stopped in his throat. His hands stopped too, still spread above the keyboard. Harpsichord notes do not carry, and in the sudden quiet of the drawing room they both heard him take his next breath.”

In what might be the strangest adaptation of The Silence of the Lambs, singing, dancing and comedy ensued.

The project began in 2003 as an internet musical comprised of nine songs which retold the entire story. The audio became so popular online, that a live stage show was conceived and staged. Six additional songs were written for the show, and a cult following was born.

Silence! The Musical debuted Off-Broadway in 2005 at the Lucille Loretta Theatre in New York City. The production was subsequently awarded with the “Outstanding Musical” award at the New York International Fringe Festival. Since its debut, Silence! The Musical has had successful openings in London, Los Angeles, Chicago, San Francisco, and a return to its home in New York City. Silence! has continued to collect awards, including a spot in Time Magazine’s 2011 Top 10 Plays and Musicals list.

“It’s hard and ugly to know someone can understand you without even liking you.”

On April 4th, 2013, NBC debuted one of the darkest shows the network has ever hosted. Bryan Fuller’s Hannibal was ordered for 13 episodes in its first season run (though only 12 were aired on the network, as one episode was banned from television due to its graphic and upsetting content), and was ordered for 13 episodes for all three following seasons.

Hannibal the tv series featured characters from the novel Red Dragon, and focused on the strange and powerful relationship between Will Graham, portrayed by Hugh Dancy, and Dr. Hannibal Lecter, portrayed by Mads Mikklesen. The series, which borrowed elements from all of the Hannibal Lecter novels, quickly became known as one of the best series in the horror genre, and adopted an incredibly loyal cult following across the globe. Hannibal was one of the most artistically driven shows on television, with unique and strange imagery, uncomfortable, yet enthralling storylines, and characters who bloomed into the strangest, darkest manifestations of their original innocence and charm. Despite the growing popularity of the show, NBC made the decision to cancel the series after its third season due to low ratings. The series finale aired on August 29th, 2015, ending in such a way that brought the series to a beautiful close, and yet left the story wide open to be continued.

Fans of the TV series immediately revolted, creating online petitions boasting thousands upon thousands of signatures begging the show creators and the network to bring the series back. The petitions even went so far as to beg Netflix and Hulu to take the show into consideration. Show creators Bryan Fuller and Martha De Laurentiis have always been open to the idea of continuing their masterpiece, however, there have been many obstacles barring their path, namely that NBC studios held the rights to the series for two years following the finale in August 29, 2015. In August 2017, Fuller responded to a fan inquiry about the continuation by stating that De Laurentiis “has started these conversations,” but warned fans that “this takes time.”

De Laurentiis (@neoprod) has also tweeted in support of the continuation of the Hannibal series:

As De Laurentiis and Fuller are currently working together on the Starz series American Gods, there are many speculations that Starz may adopt a continuation of Hannibal as part of their network lineup.

“In the vaults of our hearts and brains, danger waits. All the chambers are not lovely, light and high. There are holes in the floor of the mind, like those in a medieval dungeon floor-the stinking oubliette, named for forgetting, bottle-shaped cells in solid rock with the trapdoor in the top. Nothing escapes front he quietly to ease us. A quake, some betrayal by our safeguards, and sparks of memory fire the noxious gases – things trapped for years fly free, ready to explode in pain and drive us to dangerous behavior…”

Thomas Harris’ beautiful, tragic monster, Dr.Hannibal Lecter, has found a way to infect his strangely moral perversions onto the world, though stage and screen. Here’s to the many gloriously gory tales that Hannibal Lecter has brought us in the past, and to the stunning spectacles we hope to see in the future.

Were You Want Hannibal Back? Will You Read Red Dragon Next Month? Let Us Know In The Comments Below!