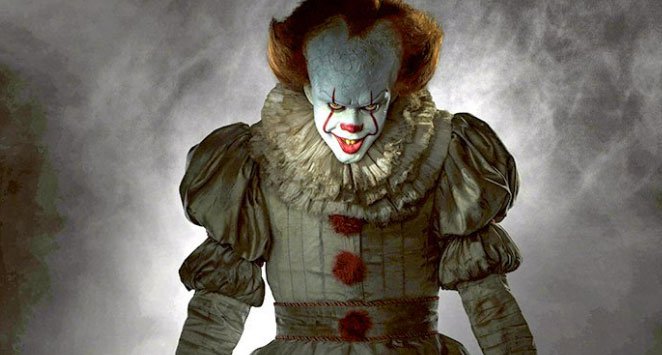 Clowns make up some great characters, but mostly they tend to make amazing villains. Why though? Shouldn’t a character that can be described the same way as Ronald McDonald bring joy? Why are clowns so scary?

The first known instance of what can be called a clown, were jesters. Used to entertain royalty and the court during the middle ages. Many of their skills included songs, music, and storytelling, as well as acrobatics, juggling, telling jokes, and magic tricks. A new type of theatre was created during the mid 16th century called Commedia Dell’Arte. Commedia Dell’Arte relied on early tropes and used masks to easily portray the tropes of that time. This is where the “theatre masks” actually come from.

As Commedia Dell’Arte grew, a version of it transformed into Harlequinade, which was primarily a pantomime, in which the main characters were the Harlequin and the Clown. Harlequin taking more of a mischevious and sly role, whereas the Clown seemed more of a bumbling idiot, with a white face and a red smile. The most famous actor to portray Clown was Joseph Grimaldi, who made some changes to the character that are still around today. The first being a costume change, from tattered peasant clothing to ornate colors and shapes with frills and tassels. The other major change was from being an idiot to an agent of chaos, and the villain of the story.

Why are clowns scary though? Why is there an actual fear of clowns, coulrophobia? There are two major reasons. The first is clowns fall into what is known as the “Uncanny Valley,” where something looks mostly human, but not quite. If something is not human at all, our brains can process it as non-human, and if something is human, our brains understand that as well, but when something is almost human, it becomes unbelivably terrifying, and for some that is where clowns sit.

These of course are amplified by real life people scaring/hurting/killing others, whether they are in clown costume, or affiliated with clowning. John Wayne Gacy was one such example. He would dress as a clown for fundraisers, childrens parties, and other events, then later in his personal life was a serial killer, convicted of 33 murders.

Along with that was the 2013 Clown Craze. Between August and October, there were sightings of people dressed up as evil clowns, holding various weapons, scaring people. Though it started in South Carolina, there were reports in all 50 states, as well as 19 other countries. There was rumor going around the news and social media, that these clowns were intending to do a Purge style mass murder on Halloween Eve. No such purge occurred, however, one attack did happen. On Halloween, in Orange County, Florida, a man and his family were attack by roughly 20 people in clown masks, causing some of the family needing emergency medical attention. The weapons used included knives and bats, and the perpetrators still haven’t been found. One popular response to these threats was a man in Britain, who dressed up as Batman, and tried to find/scare off the clowns that were terrorizing his neighborhood.

So know that we know WHY clowns are scary, lets look at some of our favorite clown villains.

The most popular is probably the original villain for Batman, The Joker. One of the things that makes The Joker so great is no one knows who he is, or why he does what he does. In many variations of him, it seems that he was broken down from how evil the world is, and the only way he knows to react anymore is to laugh, and show that evilness in its extreme form. He kills for fun, and he inversely doesn’t kill Batman for fun. All he cares about is doing what makes him laugh, and keep himself from getting bored.

Stephen King’s It has been made into a movie, which is about to be remade, coming out September 8. It is about a shapeshifter from another realm, who looks like a clown in the hopes of tricking children so he can eat them. The creature can return to Earth every 27 years, which is why now, 27 years after the original, they are releasing a remake.

Are You Scared of Clowns? What is Your Favorite Clown Character? Let Us Know In the Comments Below!