If you’ve read a lot of The Nerdd, you’ll know that I really love Dungeons & Dragons. In fact, some of my most popular articles are about D&D. However, we also support inclusion and diversity, and have written a lot about that as well. If you follow Dungeons & Dragons news, or D&D personalities on Twitter, you might be aware that Wizards of the Coast (WotC), the company that makes D&D and Magic: The Gathering, has come under fire as of late, in large part due to how they handle People of Color (PoC).

The issue really comes down to two parts. First, for years now people have noticed the casual racism in different races of D&D and the lore around them. Secondly, it was revealed that WotC has a tendency to exploit their employees, and not pay them properly, especially if those employees are women or PoC. WotC also has sexual abusers on their staff, who have not been fired.

I’ve previously written an article where I try to come to terms with the fact that there is work out there that I love, but the people who created it are problematic. I don’t think there is a 100% accurate answer to how you should individually handle that situation. Even I handle it differently on a case-by-case basis.

We try to stay pretty positive on this website, since there is so much negativity on the web, but this is a situation that cannot be ignored, so I feel the need to once again address how I will balance my love of the game, with my need to support PoC.

Recently, against the backdrop of the #BlackLivesMatter movement, people are readdressing the racist undertones present in Dungeons & Dragons lore. Generally, when describing the differences between races such as Elves, Dwarves, Orcs, and Drow, examples used are taken from real-world cultures, as these are all sentient humanoids with cultures and lifestyles. However, whenever describing Humans, Dwarves, Elves, and Halflings, the examples used tend to be from Western Europe. Dwarves are Scottish, Elves are French, and Halflings are rural British (for example). Then, when discussing other races, people tend to use descriptions from non-western cultures.

J.R.R. Tolkien, who reinvented the fantasy Orc, said once that orcs are “degraded and repulsive versions of the least-lovely Mongol types.” The problem is that in most stories, canon or otherwise, the Humans, Elves, Dwarves, and Halflings are seen as the “good guys,” where Orcs, Drow, and other races are seen as the “bad guys,” or the “other.” In fact, Orcs automatically have a negative penalty to their Intelligence score, meaning they naturally are not as smart as the “good ones.”

Similarly, all races have bonuses to different skills, so that some are naturally stronger, tougher, smarter, or more charismatic than others. These are inaccurate stereotypes that are given to real world races and cultures. GabeJamesGames has actually released a module for alternative bonuses that don’t have to do with race, which is an excellent step that WotC should follow.

Even human cultures, such as the Vistani in the Curse of Strahd, are written very similarly to stereotypes of Romani people in the real world, or what many people call G*psy (that word is a racial slur to the Romani people).

Also, in Magic: The Gathering, a new black Planeswalker (character) was created who’s backstory revolves around growing up in an abusive household, joining a street gang, and is enslaved. This is a very negative archetype of black characters, and the pattern emerges that it is often PoC characters that have these types of backstories, instead of a desire to be great.

To their credit, Wizards of the Coast announced that they will be doing a large overhaul to their in-world lore, and changing how they present a lot of these races. Orcs and Drow will be “just as morally and culturally complex as other peoples.” They will be adding an option to remove racial bonuses to stats, and making the Vistani not so racist as well.

The ended their statement with this promise:

We’re proactively seeking new, diverse talent to join our staff and our pool of freelance writers and artists. We’ve brought in contributors who reflect the beautiful diversity of the D&D community to work on books coming out in 2021. We’re going to invest even more in this approach and add a broad range of new voices to join the chorus of D&D storytelling.

Which leads into the next problem.

Wizards of the Coast Exploitation

Unfortunately, Wizards of the Coast came under more fire over their treatment and equal opportunity hiring of People of Color, specifically Orion Black. Black was previously a freelance creator for the WotC, but was never hired for full employment. This alone isn’t a problem, however, because it seems that Orion Black is simply the the one that is opening up the floodgates. Below is excerpts from Black’s statement, that you can find the link to on the last line.

I worked hard for a very long time. I got a lot of smiles and vocal support, but it was followed by inaction and being ignored.

I firmly believe that I was a diversity hire. There was no expectation for me to do much of anything. I probably disrupted them by being vocal and following up.

They would talk about how they’re going to start working on treating staff better, retaining contractors, actually answering questions. How much they were invested in diversity and change even though they hired two cis white dudes into two big leadership positions during this. One of whom claimed that he doesnt know what he’s doing. No shit. I never want to hear “maybe they just hire the best person for the job” again.

Trust actions, not words. Not “look at how much we freelance so and so”, because freelancing is exploitation of diversity with no support for the freelancer.

Similarly, Zeiem Beg wrote about Magic: The Gathering professionally, and knew many people that worked for Wizards of the Coast, both for Magic and D&D. Here are some excerpts from a statement he recently released, commenting on many similar issues with how WotC handles their hiring practices.

I know the time a black writer messaged Wizards asking about writing openings for eighteen months and was told they were not accepting new writers, then continued to keep hiring white writers over that time.

Or the time a black person interviewed at Wizards and started off the interview being told “I’ve never had this many internal recommendations for a candidate before” then three minutes later, “you’re not really a culture fit here.”

Or all the times people of color heard “you don’t have experience for this role,” when they had more experience than the white person they ultimately hired.

Zeiem Beg, Editor-in-Chief for ChannelFireball.com, a major retailer and strategy website for Magic: The Gathering

A large reason why we are only hearing about this now, is because WotC really doesn’t like anyone saying anything negative about them. In order to play Magic on a pro level, “You shall not make any statement, oral or written, that ridicules, libels, slanders, makes fun of, is injurious to, or places in a negative light the MPL, the Games, the League, WOTC, and Hasbro.” Which means that people who love these games, and devote more time and energy than many others, can’t give constructive criticism. The people who have some of the highest opinions, can’t give anything else. Not allowing your truest fans speak honestly does not breed a healthy environment.

This is not everyone, for Lawrence Harmon, who hosts a Magic podcast, also pointed out that there are only two black pro Magic players, and no black women that are pro. His statement also reveals more regarding WotC and their treatment of the PoC community.

By and large, Wizards of the Coast has ignored the existence of its black player base, and we are keenly aware. The aforementioned gesture was a gross act of tokenism that were not only lambasted by black magic players, but were also noticed by the community at large.

Lawrence Harmon, Host of Thirst for Knowledge, a Magic: The Gathering Podcast

This could go on, and I encourage you to do more research on the subject. 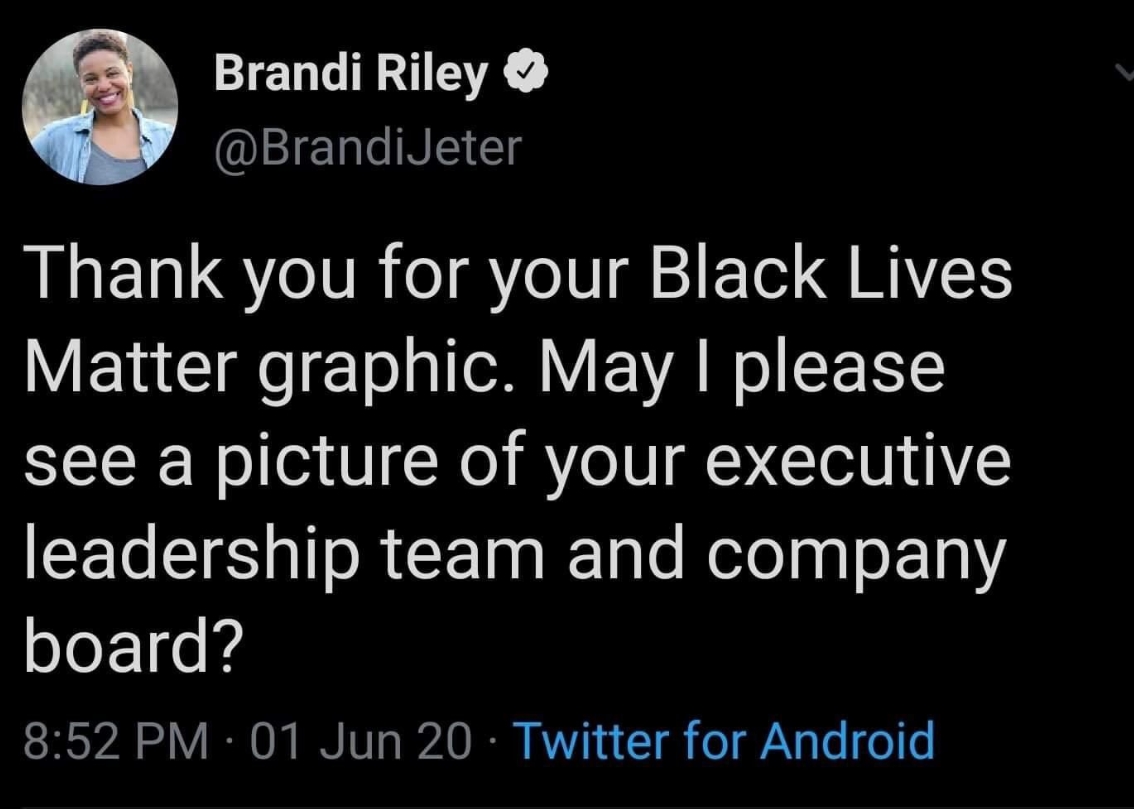 Similarly, Wizards of the Coast is also being put under the spotlight regarding how they handle sexual assault allegations to their staff and leadership. Noah Bradley has been cut off from all work with WotC after a number of serious sexual assault allegations were made against him. This is a fantastic thing, and would be seen as such if they weren’t also dealing with the #FireMikeMearls

The story, as I understand, and slightlly abridged, goes as follows. Zak Smith was a consultant for WotC as they were playtesting Dungeons & Dragons Fifth Edition, known at the time as D&D Next. As such, he was given credit in the Player’s Handbook. He was later accused of physical, mental, and sexual abuse by multiple people. Mike Mearls, who co-created 5e, publicly (verbally) attacked these victims, and also gave information about these victims back to Zak, thus allowing more abuse to happen. When this was known, Jeremy Crawford, a lead designer for D&D, said that Mike Mearls was no longer working for D&D. It turns out this is not true, as he does still work for D&D, only in the video game department instead. Because of this information, fans are demanding that WotC fire Mike Mearls, for real this time.

What I’m Doing About It

Again, this is a tough situation, and my response might not be the one you have. However, I will continue playing D&D, because the game itself, I still enjoy. I will be removing the race bonuses from my games, however, and be more aware of any colonialism present in the stories I run. I will continue writing about D&D, because I have a lot to say, and I enjoy writing about it. However, most, if not all, my D&D articles can be about Tabletop Role Playing Games in general, or even about writing itself. I only use D&D as it is a monolith in the TtRPG space. However, the Around the Table in 80 Dice podcast, which is part of The Nerdd Network, focuses on spreading more non-D&D games to our community. We support all TtRPGs.

What I will do, is not purchase any D&D content for the time being, until Wizards of the Coast has balanced this issue. As I am a straight white man, I will be following the lead of those that are being oppressed and insulted, and trust their judgement. It is not my place to decide that WotC has done enough, or not. I am an ally, and I will support the cause.

This is a complicated issue, and there might not be a right answer for everyone. Many who make money on their freelancing of D&D will continue to do so, and it is not our place to tell them they can’t, because that is their livelihood. However, those of us who can stand, should, in whatever way you feel you can.