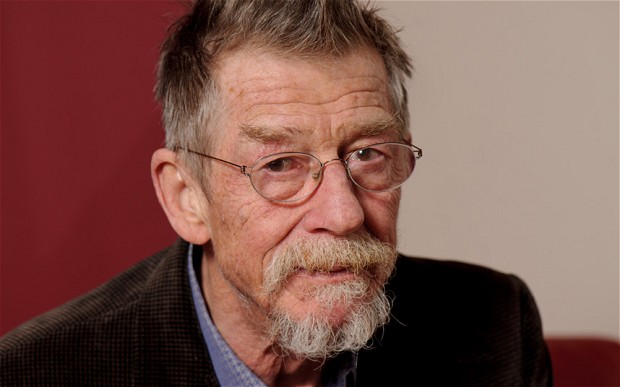 His IMDb includes 204 acting credits, which mainly include the following

In the 2015 New Year Honours, he was knighted by Queen Elizabeth II for his services to drama, making him Sir John Hurt.

On 16 June 2015, Hurt publicly announced that he had been diagnosed with early-stage pancreatic cancer.He confirmed that he would continue to work while undergoing treatment and said that both he and his medical team were “more than optimistic about a satisfactory outcome”. Following treatment, Hurt stated that his cancer was in remission on 12 October 2015.

Hurt died at his home in Cromer, Norfolk, on 25 January 2017, three days after his 77th birthday. His death was announced two days later.

Hurt is survived by his widowed wife, and two children.

“I’ve never guided my life. I’ve just been whipped along by the waves I’m sitting in. I don’t make plans at all. Plans are what make God laugh. You can make plans, you can make so many plans, but they never go right, do they?” -Sir John Hurt

We will miss you John.

What is your favorite John Hurt character? Let us know in the comments below.