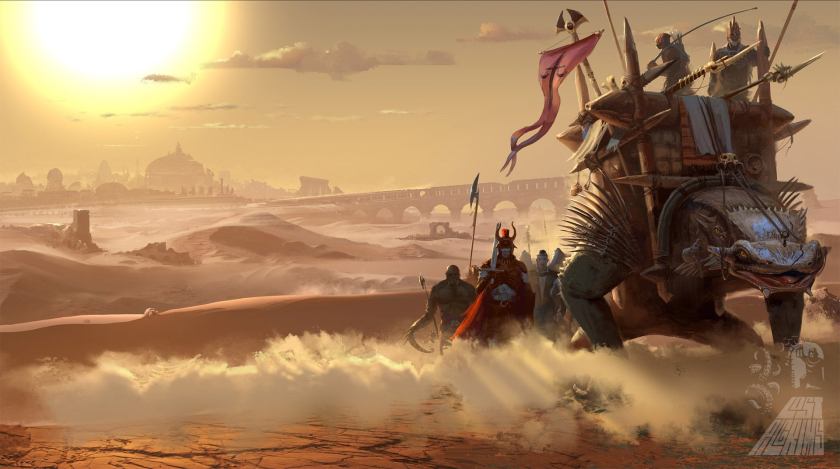 This will be the third January where we talk about a bunch of Dungeons & Dragons. Every month I write a D&D article, but I have a lot of thoughts about that game, so in January I try to cut down on my list of article ideas, by pushing a bunch out. Two years ago we talked about the narrative reasons one class might multiclass into any other class, which was fun. Last year, we talked about all the different building blocks of a campaign, from encounter, to adventure, to the world itself. This year, we are going to look at all the major aspects to writing your own adventure.

Once you figure out where your adventure take place, whether that’s Faerun, Eberron, or wherever, next you need to figure out what the vibe of this adventure will be.

Like a movie, an adventure should have a particular feel that goes through it, a consistent theme that suits the goal.

Note: An adventure is a short goal, usually 1-3 levels, that combine into a campaign. If The Lord of the Rings is a campaign, then The Two Towers is an adventure.

You want to have a genre, or theme, going throughout because not only does it make one adventure distinct from another, but it also adds a level of variety throughout your campaign, keeping the game from becoming monotonous.

This is the adventure theme that you are probably most familiar with when it comes to Dungeons & Dragons. Classic Fantasy focuses on the aspects of the world that are most unlike ours. Whether that’s the different cultures of different races, how magic influences the world, and the ability to make your own destiny.

Perhaps you want your game to take place in a post-apocalypse, or even during the apocalypse, and what that means. How do the classic systems and institutions fall apart, and what rises in their place? People that once were in charge due to their royal lineage, might have nothing, and barbarians rule the wasteland. Perhaps an evil god finally took over the Material Plane, and demons run amok. Here focus on the idea of scarcity when it comes to resources, and trust. Nowhere is safe, only safer. You never know what lies around that corner, and what compromises you’ll have to make to survive.

This is always fun. You and your friends sit around a table to have fun, so why not capitalize on that? A small town has a curse, where every proper noun has been replaced with “Fred,” so how do you communicate when you need to get the Fred, and take it to the Fred of Fred, so you can stop Fred from ending Fred as we know it? Natural 1’s are opportunities for Three Stooges level of slapstick, and fireballs permanently burned off the blacksmith’s eyebrows. Have fun, be silly, it’s a great break between more serious adventures.

Speaking of serious adventures. Horror games are a ton of fun, if you can keep up the tension. Horror relies on the tension of something about to happen. The Curse of Strahd is a great gothic horror adventure, where everywhere you go is filled with dread, as the vampire overlord looks over his domain. Focus on the aspects other than sight when you describe your environment. Are there sudden temperature swings, leaves rustling behind them, a sudden salty smell fills the air? Might their dreams become nightmares, omens of what your villain wants to achieve? Perception and Insight checks abound, for who knows what dangers surround you?

A subgenre of horror is the slasher. This can be hard when characters are higher levels, but if you get your players at lower levels, or a reason why they don’t have their powers, all they can do is run from the danger ahead. This might even be best as an encounter, that you run as they attempt to take a long rest, so all of their hit dice and spell slots are expended, so can they run and hide from a creature that is usually easy to defeat, but not against tired heroes.

Another great way to explore this, is in the D&D Duet, where you play with one DM and one player. In this situation, it is much easier to establish the horror and fear from a singular monster, as you must pace yourself, and only be on the offensive when you have the greatest chance of success.

In an intrigue game, everything revolves around information. There are things the players don’t know, that someone else does, but aren’t willing to divulge. Without that information, actions the players take can lead to consequences that will lead to a worse position than they are in now. What don’t we know, who has the information we need, and how can we get it from them? The key to running these types of adventure is pacing, not only information, but also action, conversations with the same character, and even the amount of time just waiting for something to happen.

Noir is an added level to the intrigue, which the Eberron setting excels at. In Noir, there isn’t a clear cut good-guy/bad-guy situation. Instead, there are different sides, with their own selfish motives, their own secrets, and the trick is finding out who is most likely to side with you, and at what point do you no longer align. Are you willing to get your hands a little dirty to get the job done?

Political intrigue is a lot of fun for some players, as the consequences of their actions are much grander. Balancing faction relationships, power structures, resource management, and the strength that comes from ruling, can be a lot to take into account before any conversation, or decision. Should the local Baron swear fealty to another, in order to have a treaty in place before the villain and their army arrive? If the villain is defeated, is their a power vacuum left, and who do you support to take that power?

The last major style of intrigue, is the mystery, and more specifically, the murder mystery. Someone did something very bad, and doesn’t want to be found. Can you talk to different suspects or witnesses, and try to weed out the lie in every story, to find the core of truth within? If you can’t find out the truth in time, does the culprit kill/rob again? Are they standing right in front of you, and you just can’t find the evidence to put them away? Make sure that the element of time is strong in these games, take control of not only how long the characters take, but also how long the players take. Make them make decisions quickly, if their characters only have 10 seconds to make a decision, so too do the players.

This can be a little weird, but is great if you have an adventure outside of the Material Plane. The fabric of reality, physics as you know it, have changed. Does time move differently, faster, slower, backwards, or not at all? Is gravity changed based on the emotions of the ruling power? Are you trapped in your own mind, making decisions you know you normally wouldn’t, but something about this place makes you slip away from control of yourself? Every time you establish something, feel free to question it immediately again, as the environment might be constantly changing.

Pirates! If you want to play a swashbuckling adventure, this is about maximizing coolness and fun. Obviously in any game you want your players to look cool, they are the heroes after all. However, in this genre, you want them to have more creativity in how they look cool. Pirates always seem to come up with clever ways of getting out of tricky situations, so when describing an area, ask your players to add to it. This way they feel free to say there is a chandelier for them to swing on, or a tension rope that, when cut, will pull them up onto the mast yard of the ship. Help them come up with their own additions to the world, so that they can have fun, cinematic, cool moments of victory. Also, remember, everything is in motion, so use that energy to keep the fights dynamic. Try to avoid two combatants standing still, hitting each other until one goes down. Always be moving, looking for an advantage from the environment.

This is not a fun genre, at least not in the traditional sense. In a war setting, the PCs, professional adventurers, are no longer the only people fighting for their lives. They are surrounded by soldiers, willing to die for their families. In fact, the families, peasants themselves, might be forced into fighting, defending their homeland from invaders. Instead of going to find trouble, with treasure, trouble is coming to find you. Is your objective to defend your station, or must you overtake the enemy’s position. How do the players handle being part of something greater than themselves? There are always multiple objectives in a strategy, so which ones do the players see as more beneficial, the invading squad, cutting supply lines, spying and counterintelligence? And remember, instead of finding a treasure chest, how are they rewarded for their service? Perhaps they are awarded land and a title, a position of power themselves. Will they get their own followers, who pledge service to them after the war is over?

The last setting I’ll talk about today. In the western, the systems and institutions that we rely on are no longer present. Laws are easier to break, banks are easier to rob, people are easier to kill. In a western, what consequences are there, if no one is around to see you do something bad? Usually, the western is also surrounded with the idea of a fresh resource having been discovered, and people are rushing to claim some for themselves. Will the players decide to protect the citizens from bandits, or will they become bandits themselves, gathering power in a fertile society?

What D&D genre do you want to explore next? Let us know in the comments below!